Home » News » Christmas in Ennis to be launched on Friday 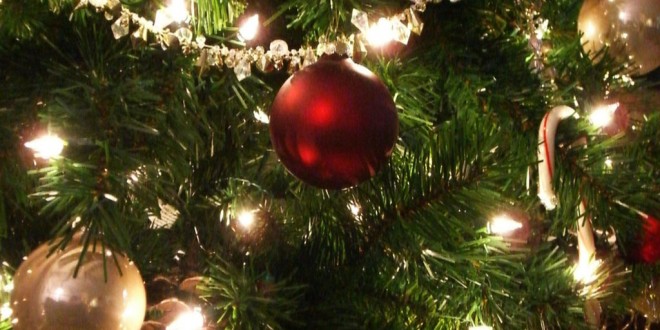 Christmas in Ennis to be launched on Friday

SANTA Claus is coming to town and will join Mayor of Ennis Municipal District, Clare Colleran Molloy, for the switching on of the Christmas lights and the launch of ‘Christmas in Ennis’ in O’Connell Square from 4pm to 5.30pm on Friday.

Santa will arrive by fire engine for the event, which will also feature a 40 foot Christmas tree, children’s entertainment, carol singing, hot chocolate and face painting. A post-box, crafted by the Ennis Men’s Shed, will be situated in the square giving children the opportunity to post their Santa letters. In conjunction with the switch-on of the Christmas Lights, Ennis Lions Club will launch their Remembrance Tree Project in aid of Cahercalla Hospice at 5pm. Minor traffic diversions will be in place in the square from 3pm on Friday.

The Christmas in Ennis programme, which is hosted Clare County Council and supported by the Ennis Chamber, will feature the “Christmas Express” train operating through the town from Wednesday December 19 to Saturday December 22. Train fares will cost €2 with all proceeds raised going to local charities.

Ennis Christmas Market will bring the sights, sounds and smells of the festive season to the Market Building on Friday December 21 (3pm to 7pm) and Saturday December 22 (10am to 4pm). Traders will be showcasing a variety of locally produced gifts and produce, which would make an ideal Christmas gift, or last minute stocking filler.

On Sunday December 16 a Santa Run will take place with all proceeds raised going to Clare Crusaders.

The streets of Ennis will come alive to the sound of Christmas music from 14 December, when Christmas Street Radio returns until Christmas Eve. Well-known local radio presenter Ger Sweeney will be broadcasting daily from Ennis Market with the broadcast being relayed on street speakers throughout the town.

The ‘Christmas in Ennis’ programme concludes on Sunday, January 6 with the Irish International Christmas Tree Throwing Championship taking place at Active Ennis Tim Smyth Park. Organised by Clare County Council, the eighth annual event is a novel way to turn Christmas tree recycling into a sport, while at the same time raise funds for a worthy cause. The Championship, which is based on age-old lumberjack traditions, sees members of the public competing to achieve the longest distance for throwing a standard 1.5 metre tree. There will be trophies for the longest throw in various age categories with a trophy for the overall champion.

Mayor of Ennis Municipal District, Clare Colleran Molloy has complimented the partnership approach adopted by Clare County Council and the local business community to making Ennis an ‘attractive shopping destination’ in the weeks leading up to Christmas.