Home » Arts & Culture » Christmas Day to ring out across Europe 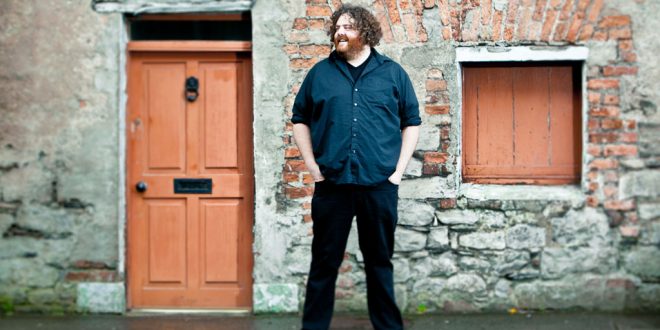 Christmas Day to ring out across Europe

SHANNON singer/songwriter David Hope has a new seasonal release, Christmas Day, which will be heard all around Europe in the coming days.

The song takes up the common theme of struggling to get home to loved ones for Christmas, with a rather robust pop-oriented sound. It comes with a funny and entertaining video, which was shot in Lahinch.

Christmas Day was chosen as the RTÉ Radio One song, selected for the European Broadcasting Union Christmas Music Project and will feature on a playlist across all member states. The single will also feature on RTÉ Radio One’s Christmas Playlist 2016 and a number of stations in Germany and Austria.

David says, “I suppose I didn’t intentionally sit down and write a Christmas song; it just kind of happened that way. The song kind of led me to write it and I kind of went with it. It kind of took on a life of its own really. It took a turn for the more rocky, poppy kind of sound, which is grand.”

It’s great to see a music video that has been shot in Clare and it is a very entertaining effort.

“We just had a bit of fun with the video. You can’t kind of take that kind of thing too seriously. It has got a good reaction so far, so I’m happy enough with that,” says David.

Some of the action in the video takes place on the beach in Lahinch and some in Kenny’s Bar, while it stars Colm, one of the staff there.

“I’d say he wasn’t overly enthused about lying down on a wet beach in the middle of October,” David quips.
Another Shannon man was instrumental to the video, he says.

“Steve Hall is the guy who made the video for me. He is from just down the road from me in Shannon. He is a few years younger than me. I actually taught him guitar years and years ago, when I was just out of school myself. He went on to study video in LIT and in one of his final-year projects he approached me about doing a video for a previous release of mine, Scarecrow. He shot a very dark video for that and, subsequently, I got him to do another video for a song called Let Her Go, which was filmed out in Liscannor.

“He’s very good. He had a feature on RTÉ recently. He has a very good eye. The video he produced was a bit below his pay grade in terms of his artistic ability but he did a very good job. He’s well able to shoot and he’s a good guy to work with. He gets things done quickly, whereas sometimes these things can drag on and take the fun out of them.”

Over the past 13 years, David has performed and toured extensively in Ireland and Europe, averaging in excess of 200 shows per annum.

When he spoke to The Clare Champion last week he was in the middle of another European tour.

“I’m currently just outside Zurich. I joined an American guy on tour in Hamburg on November 23. We had six or seven gigs in Germany and we’ve had a few in Switzerland as well.”

David was due to arrive back in Ireland at the weekend and while he has a few commitments, he wants to relax a bit over Christmas.

“I have a couple of shows and there are a few radio bits that I’m doing. I’m playing down in Coughlan’s of Cork on Thursday with Mark O’Reilly. There are a few radio bits lined up but I’m going to take it easy this Christmas. I’m releasing a new album in March, so I’m going to have a very busy new year in terms of gigs.”
Work on the new album started around a year ago and it is almost ready to go now.

“It was recorded with Christian Best, who is a long-time collaborator of Mick Flannery’s, and he has done a lot of great albums down in Midleton in Cork. It’s a new collection of songs of my own, my third studio album, and it’s going to be called Tough Love. I’m really looking forward to getting it out. I’ve collaborated again with Shane Gilmore, who is doing some artwork for the cover. It’s nice to have him on board, I really enjoy working with him. The recording is done and dusted.”

The video for Christmas Day can be seen on David Hope’s YouTube site.