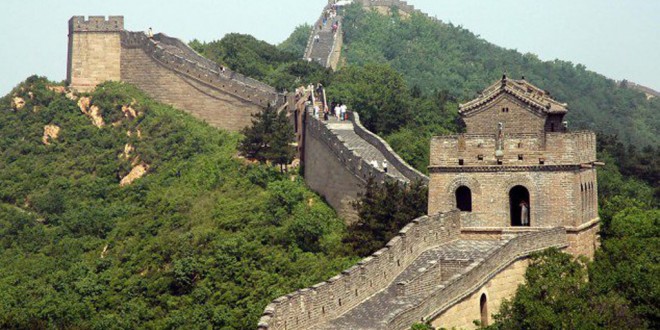 A cost benefit analysis should be conducted on a proposed twinning arrangement between Clare and a province in China, according to a local councillor.

Councillor PJ Kelly has urged Clare County Council to complete a thorough review on the costs and benefits of sending a delegation to Yuman Province, to prevent members ending up like a “shower of fools”.

While Councillor Kelly is not opposed to the council’s bid to explore establishing a new twinning arrangement, he stressed the importance of proper planning and research on what the Chinese like to do when they travel abroad, before a decision is made on the trip.

While the Lissycasey councillor admitted that the public may not happy with the cost of the trip, he warned they would be even more dissatisfied if the delegation returned without achieving a defined set of objectives.

The council has accepted an invitation from the People’s Republic of China to send a delegation to the country later this year.

Since the visit of China’s now President Xi Jinping to Clare in 2012, the local authority has been exploring the potential of establishing a twinning arrangement that fosters the development of closer industrial, tourism, farming, educational and cultural ties between the countries.

Councillors voted in favour of accepting an invitation from the vice-president of Yunnan Province to visit the region next April or May, with a view to building links between the Burren and Cliffs of Moher Geopark and the Stone Forest Geopark (Shilin Geopark) in the south-west of China.

It was agreed to send council chairman John Crowe, twinning committee chairman, Councillor Michael Begley, a representative of each of the four municipal districts and two council officials, following a proposal from Councillor Begley.

Asked about the estimated cost of this delegation, director of services, Ger Dollard told The Clare Champion no decision has been made on what councillors would be part of the trip, apart from Councillors Crowe and Begley and confirmed the number of officials would not exceed two.

“I indicated at the council meeting on Monday that the size of the delegation was appropriate, as it was the first visit, demonstrated respect to our hosts and would signal the intent of the council to take the relationship seriously,” he said.
An invitation had originally been extended to the council to visit Yunnan Province in June 2014 but could not be accepted due to the Local and European Elections being held at that time.

“Over the past two years, the council has been exploring ways of developing links between both regions through the Department of Foreign Affairs, the Chinese Embassy and Yunnan Province of the People’s Republic of China,” said Councillor John Crowe.

Councillor Crowe, who first tabled a motion in March 2012 calling for a twinning arrangement between the two regions to be explored, said he is delighted that his colleagues have given their backing to the council by accepting an invitation to visit Yunnan this year.

“Yunnan is well known for its geologic significance. Like the Burren and Cliffs of Moher Geopark, Yunnan Stone Forest Geopark is renowned for its karst landscape and it is also a UNESCO recognised Geopark.

“Clare County Council and the Yunnan provincial government have recognised these common links and, therefore, are committed to exploring the potential to generate positive tourism, educational and farming benefits for both regions.
“Yunnan government officials have also taken note of the visit of Mr  Xi Jinping of the People’s Republic of China, to the Cliffs of Moher in February 2012,” said Councillor Crowe.

“Over the coming weeks details of the proposed visit will be drawn up and a decision will be made regarding the make up of the travelling delegation,” he added.

Yunnan, which has a population of more than 46 million, is located in the far south-west of China and borders Vietnam, Laos and Burma.

Travel guide Lonely Planet describes the region as “one of the trendiest destinations for China’s exploding domestic tourist industry”.