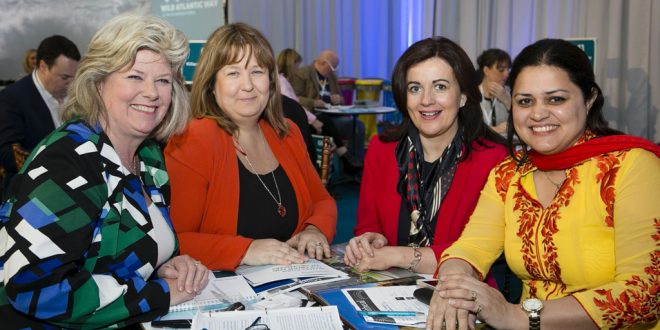 Organised by Fáilte Ireland, in conjunction with its sister agency Tourism Ireland this year’s event brought over 310 overseas buyers into the country to meet with 455 Irish tourism businesses.

Last year’s Meitheal event resulted in over 2,650 new business contracts being signed, including almost 900 contracts with international operators who had never programmed Ireland before.

At this year’s event, there were up to 40 tour operators in attendance who have not previously had Ireland on their books – predominantly from China, India, the Gulf States and South Africa.

Speaking at Meitheal, Fáilte Ireland’s CEO, Shaun Quinn, said, “By bringing both overseas and Irish operators together eyeball to eyeball, we managed to generate deals and contracts which will ensure significant additional tourism activity next year – including in County Clare”.

“Whether at the trade fair, or through our tailored trips around the country, for the overseas attendees, Ireland certainly impressed our overseas guests and we are confident that this week’s work will result in greater trade for tourism businesses in 2017.”

Call to reinstate North Clare businesswoman to Fáilte Ireland board