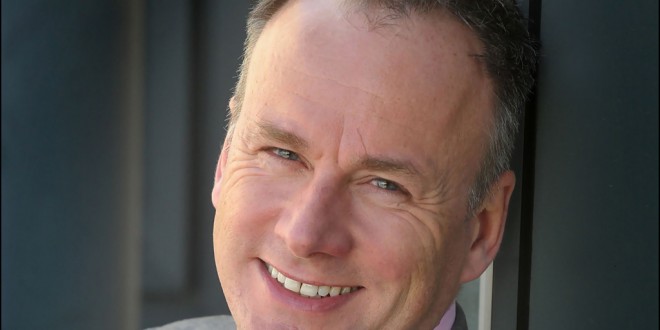 A KILRUSH man, who is now director of the Gay and Lesbian Equality Network (GLEN), said he had no choice but to leave West Clare as a young man.

Brian Sheehan was reflecting on how public attitudes and opinions have changed so much since the early 1980s, as he spoke to The Clare Champion following the announcement that a referendum on gay and lesbian marriage will be held in 2015.

“I knew I had to leave Kilrush as soon as I possibly could. I knew I was gay from a very young age and I knew I had to get out. Dublin was where I eventually got to,” Mr Sheehan said on Wednesday.

“I had thought I would have to go abroad but decriminalisation came and circumstances changed. I realised I wouldn’t be a criminal if I stayed here any longer. At the time, I always felt that it would be absolutely impossible to be myself in Kilrush. I knew I didn’t fit in there. There was nothing on the horizon that seemed to suggest that a change was about to come.

“There was no visibility in the media, there was no visibility anywhere of lesbian or gay people. Now you look at The Clare Champion and Clare FM, the visibility is very positive, very warm and welcoming with, for example, photographs of people having their civil partnerships. In every corner of Clare, people are seeing in their local media positive visibility,” he added.
Mr Sheehan reiterated his belief that attitudes towards gay and lesbian people have changed radically in Ireland since the early 1980s.

“There are openly lesbian and gay people in Kilrush now, who are living their lives with the full support of their community. That is reflected all across Ireland. GLEN went to the National Ploughing Championships this year, which was the first time a gay or lesbian organisation was there. We got nothing but huge support and welcome. That’s an indicator that Ireland has changed, Kilrush has changed and that it would be possible to be openly gay and live in Kilrush if I wanted to stay there,” he maintained.

Mr Sheehan, who has a background in banking and technology and is a graduate of Trinity College Dublin and UCD, described Tuesday as an “historic” day for gay and lesbian people here.

“When you hear the Taoiseach of the country saying that he believes in and will support strongly measures to ensure that lesbian and gay people are equal in our Constitution, I think that’s a very important message of support to young people who might be lesbian or gay and mightn’t have said it to anybody yet. We know that people first realise that they are lesbian or gay, commonly, around 12 and the most common age they say it to anybody is around 17. That five years can be very lonely and isolating. If you don’t know that there are people out there like you and all you hear about something that is core to you is something negative, then it’s very difficult to get through that period,” he said.

“I think that sense of inclusion is really important. Ireland has progressed enormously in 20 years. It’s only 20 years this year since the decriminalisation of homosexuality. We’ve moved on enormously in that time, in the journey from criminalisation to full constitutional equality, which we are now in the final stages of. All of the moves along that road have been really important in building, for lesbian and gay people, a sense of confidence, place and inclusion in Ireland. There is a very warm support and acceptance of lesbian and gay people. It’s not all over and there are many issues still but there has been a huge transformation in how Irish society accepts and approaches lesbian and gay people,” he maintained.

Mr Sheehan feels Ireland is now an inclusive country, when compared with how lesbian and gay people were viewed in the 1980s and prior to that.

“That’s something that all of us can be very proud of. Ireland is a very open and welcoming country now for lesbian and gay people. In the ’80s and ’90s and before then, you either had to emigrate to be openly lesbian or gay or, at the very least, migrate to the nearest big city. Now people from other countries are coming to Ireland so that they can be openly lesbian or gay. They are coming here from countries such as Poland and the Baltic countries. That’s a wonderful thing for Ireland and not just for lesbian and gay people.