A general view of the Two Mile Inn. Photograph by John Kelly.

A NURSING home developer has been given the green light to retain developments on the site of a former hotel in Meelick.

Beech Lodge Care Facility had sought retention planning permission for changes to an application that was granted on September 15, 2015 on the site of the former Two Mile Inn Hotel, which closed in September 2010 with the loss of 15 jobs.

All works have been constructed within the footprint of the permitted building works with no increase in floor area.

Having regard to the approved care facility use on site, the policies of the current Development Plan and the pattern of development in the area, Clare County Council considered the proposed retention would not seriously injure the amenities of the area or of property in the vicinity and would be in accordance with the proper planning and sustainable development of the area.

It involves partial demolition of the existing function room and kitchen and construction of a new building within the same footprint to meet fire safety requirements.

The local planning authority attached just one planning condition to this approval – that it must be in accordance with drawings and particulars received by the authority on December 22, 2017.

A planner’s report outlined that the main reason for the application for retention is the requirement to retain the change from flat roof to pitched roof.

“The agent advised that when work commenced on site it was discovered that the existing flat roofs were in a poor state of repair to the extent that walls underneath were damaged – hence the requirement to partially demolish the existing function room walls and reconstruct within the same footprint.

“This reconstruction along with the provision of new exit doors was also required to comply with fire safety requirements. External changes to be retained are considered minor/cosmetic in nature and include reduction in window openings, additional of new windows, removal of stone cladding and change from zinc cladding to aluminium profiled fascia.”

According to a submission from BCM Consulting Engineers, Limerick, the proposed works will be serviced via public mains water and foul sewer.

The consulting engineers stated there was no additional increase in floor area or intensification of the proposed site.

According to planning documents, the development will generate car and bus traffic, with an estimated 40 to 50 cars travelling daily to and from the site.

A minimum of 62 dedicated car parking spaces, with further 90 communal spaces will be made available.

In September 15, 2015, James and Anne-Marie Moore obtained planning permission for a material change of use of part of the existing hotel to a convalescent home; construction of dining room and day room extensions to the side of the existing rear wing of the premises and modifications to the front elevation of the existing building.

A NURSING home developer has been given the green light to retain developments on the site of a former hotel in Meelick.
Previous A chance for hurlers to experiment
Next Ballyea fail to field in u-21 championship 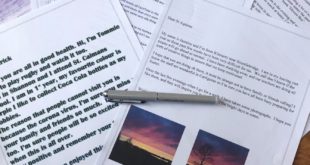