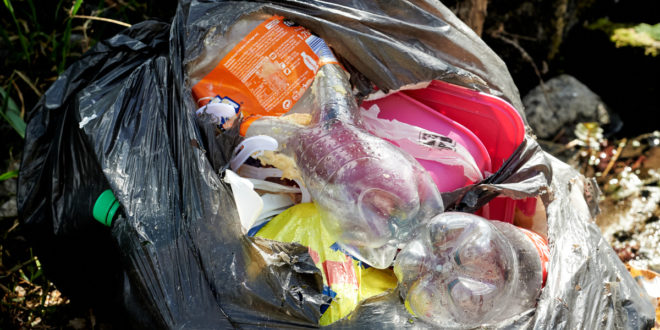 A ‘MINEFIELD’, is one of the words used by members of Clare’s Joint Policing Committee (JPC) to describe data protection regulations, which currently prevent the council from using remotely-operated CCTV to stamp out illegal dumping.

Outlining the current legal situation under GDPR, Senior Engineer Cyril Feeney said it appears that the only viable option is to ask the permission of the Garda Commissioner. Mr Feeney outlined the council’s powers under the Waste Management Act, and noted that that legislation does not allow the remote operation of CCTV.

“We have seen an uptick in illegal dumping with Covid-19,” Mr Feeny said. “It is of particular concern in parts of South East Clare. We undertook a Data Protection Impact Assessment (DPIA) to see what the implications of the CCTV option might be, and found that GDPR would apply and that we would need the consent of those engaging in illegal dumping and clearly that is not going to happen.”

Explaining a proposal to seek the permission of Commissioner Drew Harris, Mr Feeney said, “The situation is quite onerous, but we believe we can get over all of these jumps. The first hurdle is to get the permission of the commissioner under the Garda Síochána Act (2015).”

Commenting on Mr Feeney’s presentation, Councillor Alan O’Callaghan questioned why dashcam footage could be used in some investigation when the council was being impeded by GDPR.

“GDPR can come in and go out whenever it likes, as far as I can see,” he remarked.

Chief Superintendent Seán Colleran said that the issue of CCTV was “hugely complex”. “GDPR has introduced a new actor into the situation,” he said. “It has to be explored further in terms of how it applied when it comes to litter.”

Superintendent Brendan McDonagh explained that the use of dashcam footage was allowed in the process of gathering evidence, and that that was permitted in its investigations.

Councillor PJ Ryan asked about situations where someone finds that waste has been illegally dumped onto their property. “When waste is dumped on your land or over the fence into your garden,” he said, “it is a very awkward situation because it becomes your property.”

Mr Feeney noted that while it is acceptable to have CCTV that only captures a householder’s own property, problems can arise if it captures video in a public place. “I would caution against a situation where someone has the camera focused on a public area and on people passing by,” he said. “You could be inadvertently breaking GDPR rules and could be fined. Individuals are subject to the same legislation.”

Chairperson of the JPC, John Crowe said the issue was a big one with a lot of requests from villages and communities for CCTV. “It seems to be a minefield though,” he said.

Councillor Pat McMahon said, “The council is being frustrated in efforts to tackle illegal dumping. It’s a continuous problem, especially at night. It’s an absolutely horrible situation. Most people pay their way, but there is a growing minority who are doing this. If you get more convictions, you’ll deter people, but it seems to be almost impossible to bring a prosecution. You have to ask if we’re over-regulated. Where do we start and where do we end?”

Deputy Cathal Crowe said it seemed to him that the County and City Management Association (CCMA), from whom the council had sought advice, was erring on the side of caution. “I don’t think it’s in the spirit of GDPR to prevent the use of CCTV for crime prevention,” he asserted. “I can’t see a legislative barrier. It is being rolled out elsewhere.”

Councillor Paul Murphy also asked why it seemed to be possible for other local authorities to use remote CCTV when Clare County Council could not and Councillor Tony Killeen stressed the severity of the fly-tipping problem.

Responding to queries from several members, Mr Feeny said that CCTV was only one element of its arsenal against fly-tipping. “We do a lot of evidence gathering when we detect illegal dumping,” he said. “We have had a lot of successful prosecutions. GDPR is a new minefield to be negotiated, there’s no two ways about that.”

Mr Feeney also noted that the Data Protection Commissioner had visited a number of local authorities. “None has gotten an A+,” he noted. “The county council needs to be an exemplar.”

Fiona McGarry joined The Clare Champion as a reporter after a four-year stint as producer of Morning Focus on Clare FM. Prior to that she worked for various radio, print and online titles, including Newstalk, Maximum Media and The Tuam Herald. Fiona’s media career began in her native Mayo when she joined Midwest Radio. She is the maker of a number of radio documentaries, funded by the Broadcasting Authority of Ireland (BAI). She has also availed of the Simon Cumbers Media Fund to report on development issues supported by Irish Aid in Haiti. She won a Justice Media Award for a short radio series on the work of Bedford Row Project, which supports prisoners and families in the Mid-West. Fiona also teaches on the Journalism programmes at NUI Galway. If you have a story and would like to get in touch with Fiona you can email her at fmcgarry@clarechampion.ie or telephone 065 6864146.
Previous Young Clare U20 Hurling Squad Hungry For Success – Doyle
Next Carbon tax hike blots a ‘farmer friendly’ Budget