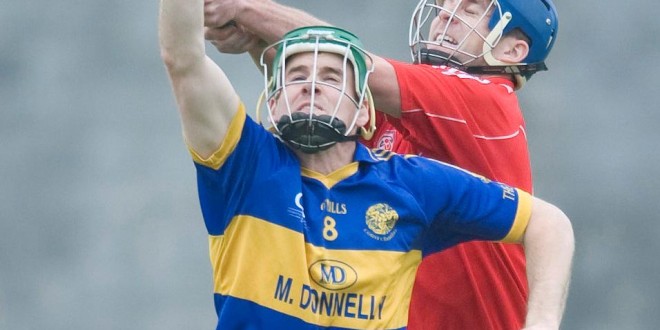 September 9, 2017 Comments Off on Newmarket dethrone the champions

Ballyea’s reign as Clare senior hurling champions ended at Cusack Park this evening when they were stripped of the title by Newmarket who had four points to spare at the final whistle. A strong final five minutes to the opening half proved decisive in this one as Newmarket scored 1-4 in that period while conceding just a point. While Ballyea boss Fergal Hegarty was fullsome in his praise for Newmarket, it must be pointed out that the title holders went into this game with key players Tony Kelly and Gearoid O’Connell carrying injuries which clearly hampered their play. The holders made the better start and at the end of a low scoring opening quarter they led on a scoreline of 1-2 to 0-1, the goal having come from Niall Deasy following a defensive blunder by the eventual winners. Gradually, however, Newmarket got a grip on proceedings and the switch of Ronan Goode to the full forward line paid dividends. Three … 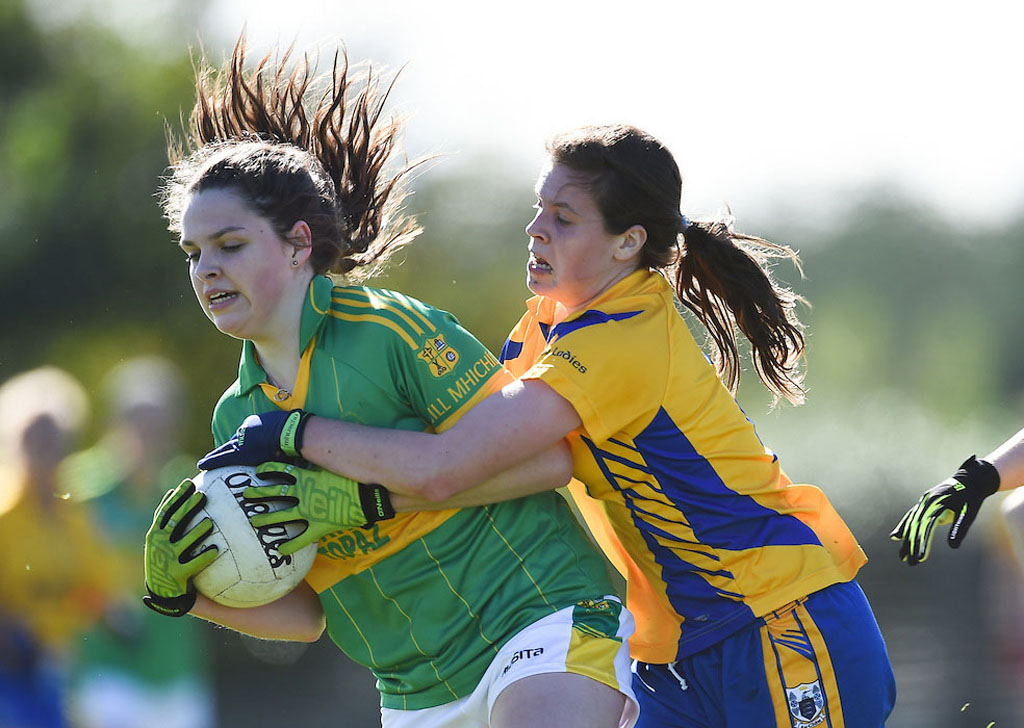 September 8, 2017 Comments Off on Kilmihil hope to trip Banner Ladies

SHE’S only 25 but when Ailish Considine totted up the figures, the Kilmihil girl realised that she has been playing adult football for 12 years. As the club approaches their second successive county final against Banner Ladies on Sunday, Considine somewhat reluctantly acknowledged that she is not far off the veteran category. “It’s mad. I didn’t think it was that long. I probably am one of the oldest on the team now, which is a scary thought,” she laughed uneasily. This weekend’s final will be just the fourth club championship game of 2017 for both clubs, who met in the two team group stages. While Considine gets plenty of games at county level, she knows that club players simply don’t get sufficient matches. A senior or intermediate club team play three championship games at most, if they don’t make it out of their group and lose their B or shield semi-final. Throw in the fact that clubs often have to …

Three quarter finals in the senior football championship will take place on Saturday week alng with the remaining round 3 game which is between Lissycasey and Ennistymon. The quarter final draw this evening produced some interesting pairings. West Clare neighbours Cooraclare and Miltown St. Josephs will play while title holders Kilmurry-Ibrickane will face Eire Og. Clondegad will take on Doonbeg while Cratloe await the winners of the Lissycasey v Ennistymon game. In the senior B semi-finals O’Curryts will take on the losers of the Lissycasey/Ennistymon tie while St. Josephs, Doora-Barefield will face Corofin 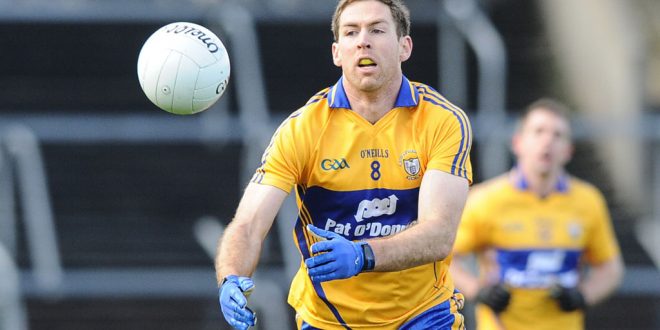 September 2, 2017 Comments Off on One quarter final position to be filled

Seven of the eight senior football championship quarter finalists are now known following today’s action in round three of the race for the Jack Daly Cup. Prior to this afternoon’s games Cooraclare, Cratloe, and champions Kilmurry-Ibrickane had secured their passage to the last eight and they have now been joined by Clondegad who overcame Lissycasey in their second round replay at Cooraclare. Extra time was again required and with just four minutes remaining Paudge McMahon struck for a goal for Clondegad which sealed their passage. Lissycasey remain in the running for a last eight place and they will now meet Ennistymon in the remaining round three game. Doonbeg, Miltown and Eire Og all won their passage to the quarter finals this afternoon when they accounted for St. Jozephs, O’Currys and Corofin respectively. Doonbeg came from a point down at half time to win by six over their Doora-Barefield opponents (2-10 to 2-4). Eire og had five point sto spare over …

The draw for round 3 of the senior football championship together with the relegation play off from the senior grade were made on Monday night. Champions from two years ago, Miltown St. Josephs will face O’Currys while Doonbeg will take on St. Josephs, Doora-Barefield. Ennistymon await the losers of the Clondegad v Lissycasey replay while the remaining third round game will be a repeat of round 1 with Corofin playing Eire Og. As expected the replay between Clondegad and Lissycasey is set for Saturday week when they will return to Cooraclare for what promises to be another exciting contest. With the exception of the game involving Ennistymon and either Lissycasey or Clondegad, the matches will go ahead on Saturday week, September 2 The winners of those four fixtures will join Kilmurry-Ibrickane, Cratloe, Cooraclare and the winners of the Lissycasey/Clondegad replay in the quarter finals. Meanwhile, in the battle to avoid dropping down to intermediate St.Senans Kilkee will face Kilfenora while … 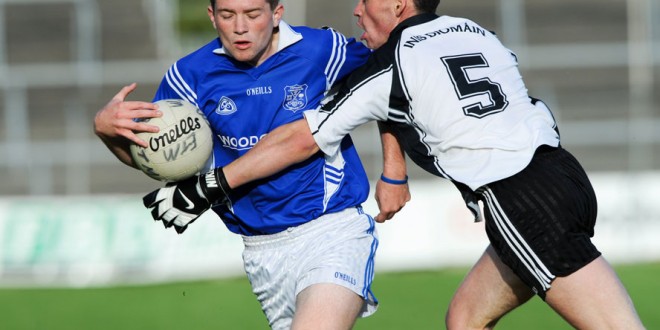 August 19, 2017 Comments Off on McInerney sparkles in Cratloe’s big win

Dual player Cathal McInerney contributed 2-9 as Cratloe easily accounted for Eire Og in a senior football championship round 2 game at Shannon this afternoon. A winning margin of fifteen points didn’t appear likely in the opening quarter at the end of which the teams were level at 0-4 each having exchanged scores four times. In the final ten minutes of the half Cratloe scored 0-4 without reply to lead by four at the break and they went on to score five unanswered scores in the third quarter stretching their lead to nine points. Ten minutes from the end a foul on Podge Collins resulted in a penalty which McInerney converted and five minutes later he finished off a superb move for his second goal as Cratloe secured a quarter final spot on a final scoreline of 2-17 to 0-8. Title holders Kilmurry-Ibrickane justified favouritism when they proved too strong for O’Curry’s at Doonbeg where the final scoreline was 1-16 …

The draws for round 3 in the senior and intermediate hurling championships plus the relegation play offs in both grades were made this Monday evening and the games will take place on Saturday and Sunday week (August 26/27) as will the quarter finals in the junior B hurling championship, the draws for which were also made at a meeting in Clare GAA headquarters in Clareabbey. Defending senior hurling champions Ballyea will take on O’Callaghans Mills as eight teams battle it out for the remaining four quarter final places. Already through to the last eight are Sixmilebridge, Clonlara, Newmarket and Eire Og The pairings are; Senior Hurling; Whitegate v Clooney-Quin; Ballyea v O’C. Mills; St. Josephs v Cratloe; Inagh-Kilnamona v Tulla Senior relegation play off; Feakle v Wolfe Tones; Crusheen v Clarecastle Intermediate hurling; Corofin v Tubber; Smith O’Briens v Cratloe; Clarecastle v Newmarket; Ruan v Sixmilebridge 1. Intermediate relegation; Killanena v Inagh-Kilnamona; Clonlara v Sixmilebridge 2; Junior B hurling quarter …