August 5, 2019 Comments Off on Second Round Hurling Draws Completed 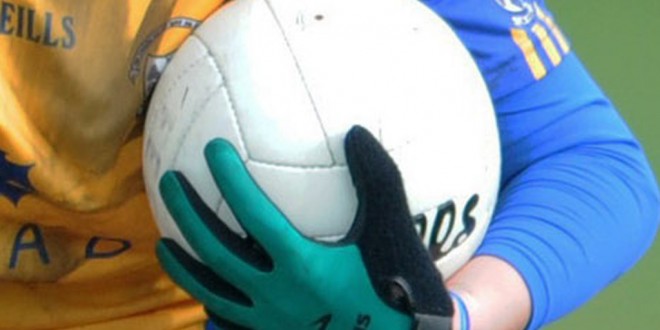 All-Ireland Ladies Intermediate Football Quarter-Final: Tipperary 1-13 Clare 2-8 1-8 from Aishling Moloney helped Tipperary overcome a brave Clare challenge to book their spot in the last four of the All-Ireland series. It was a cruel finish on a Banner outfit that fought back brilliantly after a poor start to lead by 2-8 to 1-9 inside the final quarter. The chance for the killer blow fell to Tara Kelly with eight minutes left to play but she could not find a way past Tipperary net-minder Lauren Fitzpatrick. The Premier side hit Clare on the counter-attack, and Moloney sent over the point that moved her side one clear. She added another from a difficult free soon after, and despite late Clare pressure they just could not find the green flag that would have seen them through. Tipperary enjoyed a dream start to the game as they raced 1-2 to 0-0 clear inside the opening ten minutes. They went for the jugular …

August 2, 2019 Comments Off on Off The Fence With Fergie O’Loughlin

Fergie O’Loughlin is back to preview the opening round of the 2019 Clare SHC Championship time has rolled around again and each of the teams in the senior and intermediate championships will be looking forward to getting their campaigns underway. The real priority this weekend will be for coaches to set their teams up for that first round and realising how important it is to win your first round game. It is going to be key and winning that means the pressure hurling is over somewhat and you can move almost into the safe-zone and set yourself up with a bit more freedom. I think a lot of coaches this weekend will try and set up defensively to stay in the game as long as they can and make sure they are not out of it at half-time. A lot teams will also be unsure as to where they are at because they have blown hot and cold in Clare …

Clare SHC Round One Previews

August 2, 2019 Comments Off on Clare SHC Round One Previews

The 2019 Clare SHC gets underway this weekend with 8 first round ties down for decision.   Ballyea v Clooney-Quin BALLYEA’S bid to make it back-to-back titles and third in four years gets underway against a Clooney-Quin side who will be eager to lay down an early marker of their own intentions. The defending champions have been building nicely for this, one as they gained promotion from Division 1B of the Clare Cup before bowing out at the hands of Sixmilebridge. Having played the majority of their recent cup ties without their county players, it meant that the likes of Martin O’Leary, Tomás Gavin and Tadhg Lynch carried the fight, while Peter Casey and Brandon O’Connell continued to add to their growing reputations. With all the headline acts coming back into play this weekend, it means a welcome selection headache for Kevin Sheehan and his management team. Peter Duggan will be central to the challenge of the 2017 beaten finalists. … 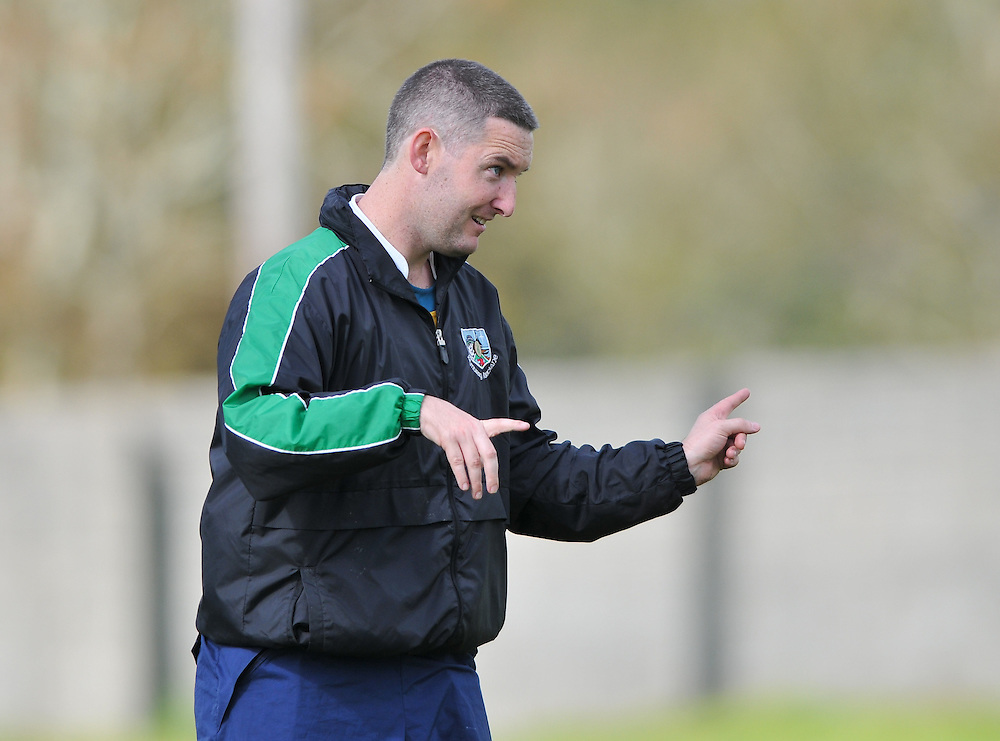 August 2, 2019 Comments Off on Murrihy Looking Forward To Tipperary Challenge In All-Ireland Quarter-Final

Clare ladies football manager James Murrihy makes no secret of the fact that a massive test awaits his side as they make their latest bid for All-Ireland intermediate glory. They are set to cross swords with old rivals Tipperary this weekend where the 2019 season will come to an end for one of them. These sides have plenty recent history to draw on with Clare’s last victory in the All-Ireland series against the Premier coming back in 2016 when they were victorious at the semi-final stage. Since then, Tipperary have gone to win the intermediate championship before dropping back down after one season in the top tier. They also made the step up to Division One of the National League and in recent weeks, they dethroned Clare to take the provincial title. Murrihy feels they will know plenty about each other. “It will be our fourth time playing them this year. We played them twice competitively in the Munster championship …

Eyes On The Prize As 2019 Clare SHC Race Heats Up

The 2019 race for the Canon Hamilton trophy gets underway this weekend. It is a date that players and supporters alike have been eyeing up since the inter-county action ground to a halt and from here until October, it will be going full pelt. 16 teams will set out with the goal of being crowned champions, and Ballyea are sitting on top of the pile with the Canon by their sides. Since the new structure was introduced to the Clare senior hurling championship, it has consistently thrown up brilliant ties, and this year’s first round is no exception. Ballyea start out against Clooney/Quin in a game that could well prove to be a shoot-out between county team-mates Tony Kelly and Peter Duggan. Newly crowned Clare Cup champions Kilmaley renew rivalries with an Eire Óg team who will be reeling from defeat at the quarter-final stage to the same opposition last year. Clonlara have to take on an O’Callaghan’s Mills outfit …

Ahead of the opening round of games in the 2019 Clare SHC, we profile each of the 16 teams in the hunt for the Canon Hamilton. Ballyea Last two years: After a fairytale 2016 that only came to an end in Croke Park, Ballyea’s grip on the Canon was loosened by Newmarket in 2017 at the quarter-final stage. They reclaimed their prize in some style in 2018, as they blitzed Cratloe in the second-half of the county final to make it two wins in three years. Players out: Pearse Lillis (travel), Joe Neylon (broken hand), James Murphy (shoulder injury). Key men: Where do you start? Take your pick from Tony Kelly, Gary Brennan, Niall Deasy, Paul Flanagan, Martin O’Leary, Cillian Brennan or any of the others who will line out. Brandon O’Connell could be the one to watch out for after an impressive 2018. Manager: Kevin Sheehan What they said: “In 2017 after coming through a full winter playing, I … 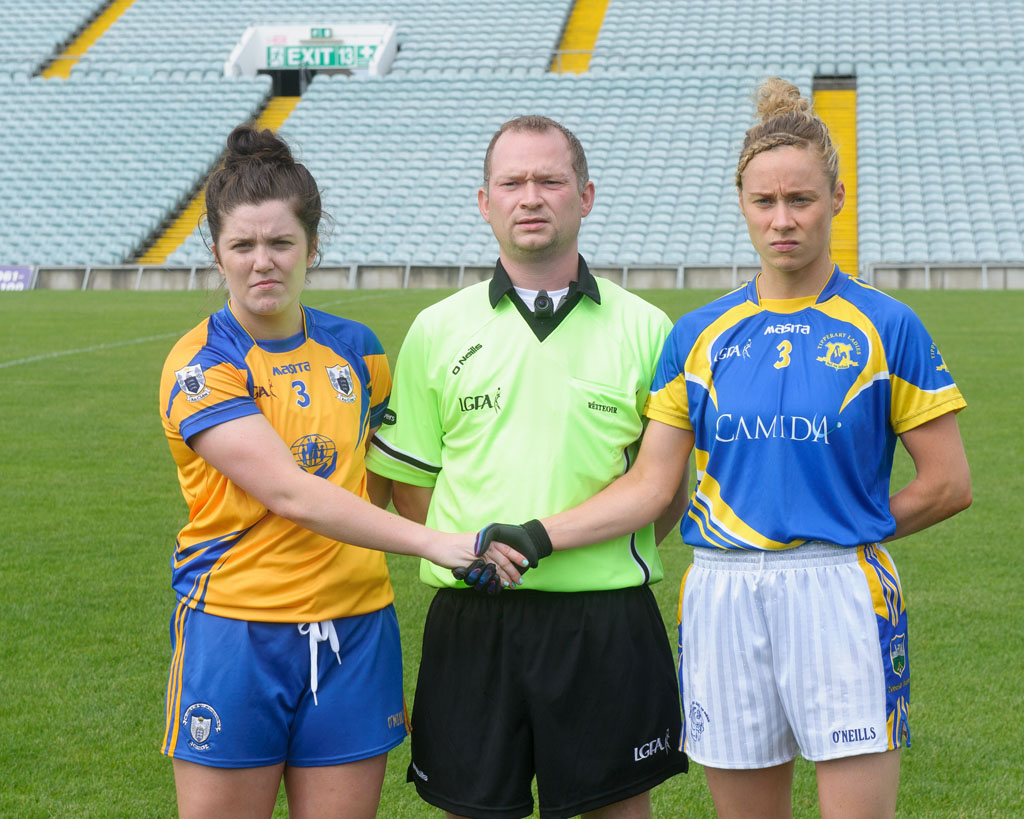 August 1, 2019 Comments Off on Clare And Tipperary Set For Titanic Showdown In All-Ireland LGFA IFC Quarter-Final

Clare and Tipperary go head to head this weekend in the All-Ireland ladies intermediate football quarter-final. The Munster rivals are clashing for the second time in this year’s championship campaign with the Premier coming out on top when they met in the provincial decider. Tipperary blazed through group two of the intermediate championship with three wins from three, while Clare’s win over Laois was enough to see them through to the knockout stages. With a huge challenge ahead, Clare captain Laurie Ryan feels it is one that the whole squad are looking forward to. “It is a game that we might have expected coming down the tracks given how other results were panning out but now it is confirmed and we are focused on it. They are a really top class team and we will have to be at our best for going up against them and hopefully try to make up for that Munster final loss. We know how …