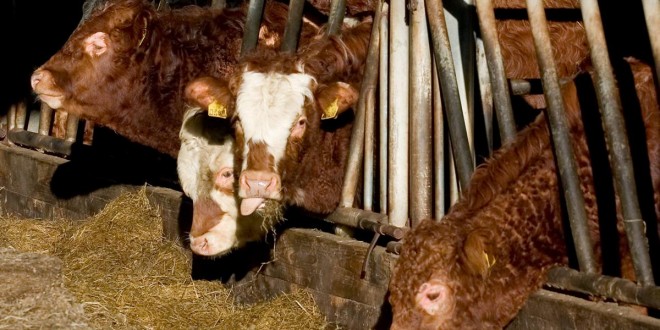 ELDERLY farmers living in isolated areas could be targeted by criminals following the publication of names of recipients of direct Common Agriculture Policy (CAP) payments.
Under CAP, for the 12 months up to October 2014, €75.58 million was shared by 6,310 Clare farmers.
Farm leaders believe some elderly farmers in very rural areas “are now living in fear that criminals will use the details of their CAP payments as a reason to attack them and extort money from them in their own homes”.
The publication of payments on the Department of Agriculture website has been described as an “invasion of privacy” and farm leaders are angry that they are the only group that has been singled out for what they claim is unfair treatment.
Farm leaders have also pointed out that the published figures for individual farmers are gross amounts that do not represent the real profit on a farm after all the day-to-day expenses and costs are deducted.
The department said it is required by the European Commission to publish details of CAP funding as a “transparency measure”. It has been revealed that the top 54 Clare farmers were paid over €7.7 million in direct payments from October 16, 2013 to October 15, 2014.
Excluding over €4.088m from that, which was paid to the Clare Local Development Company for Leader quality of life and diversification projects, the top 10 Clare farmers were paid over €1.024m.
The payments, with the landowner’s name and municipal district, are broken down into categories of ‘less than €1,250’, ‘€1,250 to €10,000’, ‘€10,000 to €20,000’, ‘€20,000 to €50,000’ and ‘over €50,000’.
The largest payment of €138,372 was paid to a farmer in the Ennis Municipal District. This was followed by payments of €114,160, €111,772, €103,631, €98,630, €97,546, €92,733, €91,344, €88,647 and €87,312 to the other top nine farmers.
Clare ICMSA chairman, Martin McMahon, said it is wrong to publish farmers’ names with their gross payments, as he feels older farmers living on their own could be targeted by criminals. He warned it would be very easy for criminals to locate individuals farmers, who could have their safety threatened to disclose where money could be obtained.

Citing the case involving an elderly man who cycled from West Clare to a nursing home in the middle of the night after a robbery, Mr McMahon said the department’s decision could result in a similar incident over the coming years.
Clare IFA chairman, Andrew Dundas, warned the publication of these payments would only add to the fear and isolation already being experienced by some farmers.
Acknowledging the need for accountability concerning EU and taxpayers’ money, Mr Dundas pointed out this is achieved through rigorous inspections to ensure farmers met stringent specific criteria.
“Farmers realise that people can now access details about the payments for no good reason. I don’t think this will add to the requirements for transparency and I don’t see any benefit for the taxpayer. This money is not going directly into farmers’ pockets.
“Some farmers feel very angry about this publication, which presents a security issue,” he added.
ICSA secretary Eddie Punch claimed unless a farmer has a very common name, it would be very easy to identify and find out where they live.
“Farmers feel they have been unfairly singled out and are very annoyed about this. The figures that have been published don’t represent real income. Every case is different and it depends on what specific costs a farmer has for his own enterprise.
“This is a serious invasion of privacy. Numerous public servants are paid through the taxpayer, yet we don’t see the exact payment for a garda who may have worked overtime published on the Department of Justice’s website.
“I am sure if individual payments for social welfare recipients or the likes of a teacher was published, they would not be very happy,” he said.
Although a group of German farmers took and won their case against the EU Commission concerning the publication of CAP payments, Mr Pucnh said it looks as if this is no longer being taken into account.