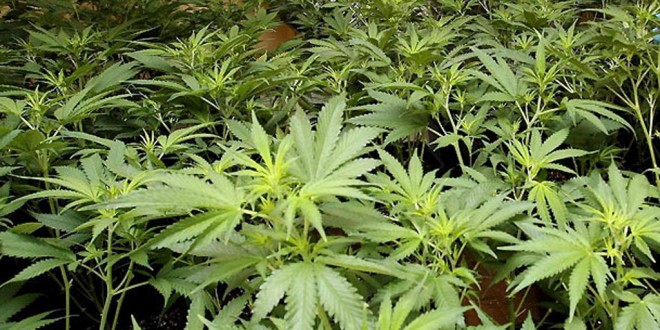 Cannabis cultivation to pay for wedding

A POLISH man, found to be cultivating almost €165,000 worth of cannabis in the attic of a rented house in Kilkee, said he did it to help pay for his wedding. However, since being detected, his former fiancée has left him and he has spent a year in jail.

Adam Wrobel (23) and his former fiancée, Jagoga Gajeuska (20), who were both living at an address at Lislanahan Lower, Kilkee, appeared before Ennis Circuit Criminal Court on Friday last for their sentencing hearing.
Wrobel pleaded guilty to cultivation, while Gajeuska pleaded guilty to allowing a premises to be used for cultivation on January 13, 2014.

Garda Eoin Daly gave evidence that the owner of a property at Lislanahan Lower raised concerns about his property, after receiving a €640 electricity bill. The landlord said there were two Polish nationals living in the house and this had been arranged through a third party, who was also Polish. He told the gardaí that his electricity bill would normally be in the region of €75.

“He went to look at the property on January 11 and noted that the locks had been changed on the front door of the house. As he walked around the house, he could hear noise coming from the attic. He thought that the noise sounded like a motor was running. He noticed a section of piping had been put onto the exterior of the house and said there was a smell coming from that pipe,” Garda Daly said.

He obtained a warrant under the Misuse of Drugs Act and on the morning of January 13, the house was searched. He said when they entered there was a strong smell of cannabis. A number of notebooks found on the kitchen table, containing a list of names and addresses, and four mobile phones, were seized.

He said 206 cannabis plants were discovered growing in the attic.

“The attic area of the house had been specifically adapted for the purpose of growing cannabis plants. There was a sophisticated adapted system which has extractor fans and halogen lamps,” he said.

He explained that a portion of the attic was sectioned off where the plants were growing and said it was “a sophisticated operation”.

Wrobel had a translation application on his phone and this helped them communicate that they were under arrest and he said both co-operated with the investigation.

Garda Daly explained that both accused were in the country for over a year and that another Polish man called Eric, whom they met in Ireland, had brought them to this house. The two were not working or in receipt of social welfare and Wrobel told the gardaí that he was given €1,000 to come to Kilkee.

Garda Daly said the plants found were in an advanced stage of growth and were just a few weeks ahead of being harvested. He said the accused had never come to garda attention prior to this and had no convictions in Poland. He added that they seemed to be able to move about freely and were not as counsel put it “almost incarcerated in the house” or “virtual slaves” in this operation.

In interviews, the court heard that Wrobel took responsibility for growing and caring for the plants, acting at the behest of someone else. It was accepted that he had a role in cultivation but someone else would garner the success.

Both accused were granted bail but Wrobel gave his bail money to his then fiancée so she could take up bail and the court heard that he had remained in prison since the date of his arrest.

Senior counsel for Gajeuska, Mr Bernard Madden, said the extent of his client’s involvement was she was Wrobel’s fiancée and was living in the house with him.

Ms Alice Harrison (BL), counsel for Wrobel, said her client had trained as a mechanic and worked in the mines in Poland, as well as volunteering as a fire-fighter and with the Red Cross. He came to Ireland to get work two and a half years ago and lived in Portlaoise with his uncle.

“Besides the occasional job as a mechanic, he didn’t find work due to the language barrier. He was offered cash and accommodation in return for cultivating cannabis. He was desperate for money and got himself into this situation. He cultivated at the behest of someone else, he was not the brains behind the operation and he was on the lower rung of this operation. He naïvely got involved in this. He wanted to get €4,000 to put to his wedding. He was taking all the risk,” she said.

She told the court that her client’s relationship with Gajeuska has since fallen apart. She highlighted that he has the support of his uncle, with whom he is very close to and he proposes to live with him when released from prison.
“He has no difficulty with drug dependency and this is his first time in custody. I’d ask the court to consider imposing time served,” she said.

Mr Madden said his client was 19 in January 2014 when arrested and while she knew what was going on, she had no involvement in the management of the operation.

“She knows she was reckless and naïve and she wants to return to Poland and further her education. I think the month has been a lesson for her. I would urge that a lenient sentence be considered by you,” he said.

Judge Gerald Keys, presiding, said if the accused were amenable to making an undertaking to leave the jurisdiction and not to return for 10 years, he would consider making such an order. There was some resistance to this by Wrobel, while Mr Madden and State prosecutor Stephen Coughlan expressed some concern about imposing such an order.

Mr Coughlan said such an order would “create a huge difficulty because the notion of freedom of movement is part of the ethos of the EU. If they do return to the country within the 10 year period, it would only be breach of an undertaking and that creates difficulty bringing it back before the court”.

Commenting on the case, Judge Keys said, “It was sophisticated operation, the value of the plants was substantial and I accept, to a certain degree, where he was attracted to this because of his circumstances with very little English and money. At the same time, that is no excuse to be involved in producing and cultivating drugs of this nature as part of a financial enterprise. I accept that he was at the lower end of the ladder. I note also that he has been in custody since January 13, 2014. I think, in the circumstances, I have to send a message out, irrespective of their circumstances that anyone who participates in a venture of this kind attracts a custodial sentence and a substantial one at that”.

He said the sentence he was proposing was four years, with the final three suspended on the condition that he undertake not to return to this country for 10 years. However, given the concern put forward by counsel, Judge Keys said he would adjourn sentencing to consider it further and invited submissions to be made by State and defence counsels.

Judgement was adjourned to March 18 but an order was made for the destruction of all items seized.