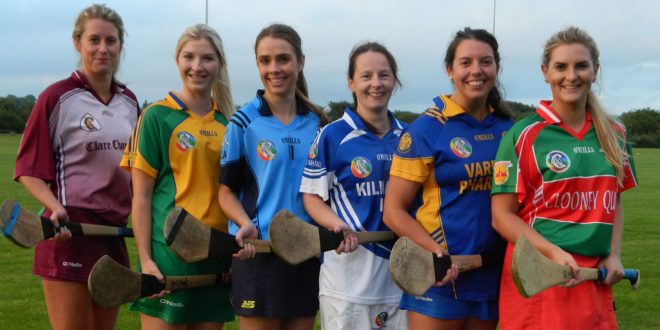 EIGHT teams set out this week in search of the Clare Senior Camogie Championship title and between now and the final, on the weekend of October 15/16, some lively contests are expected.

Newmarket are the defending champions and they start the campaign as the favourites but Inagh-Kilnamona, Clooney-Quin and Kilmaley are all expected to challenge strongly for the title.

The competition is divided into two groups of four and at the end of the group stage, the top two teams in each will qualify for the semi-finals, with the remaining two in each group going on to play for the shield.
The intermediate championship title race also gets underway this weekend, with seven teams taking part. They are divided into two groups, one of four and one of three. As with the senior, the top two in each group will contest the semi-finals with the remaining teams competing for the shield.

There will be four teams in the Junior A Championship and the top two after the group stage will play the final, with the remaining two contesting the shield final.

Five teams are competing in the Junior B Championship.

Neutral venues will apply for the senior championship but for the remaining championships, the first named team will have home advantage.