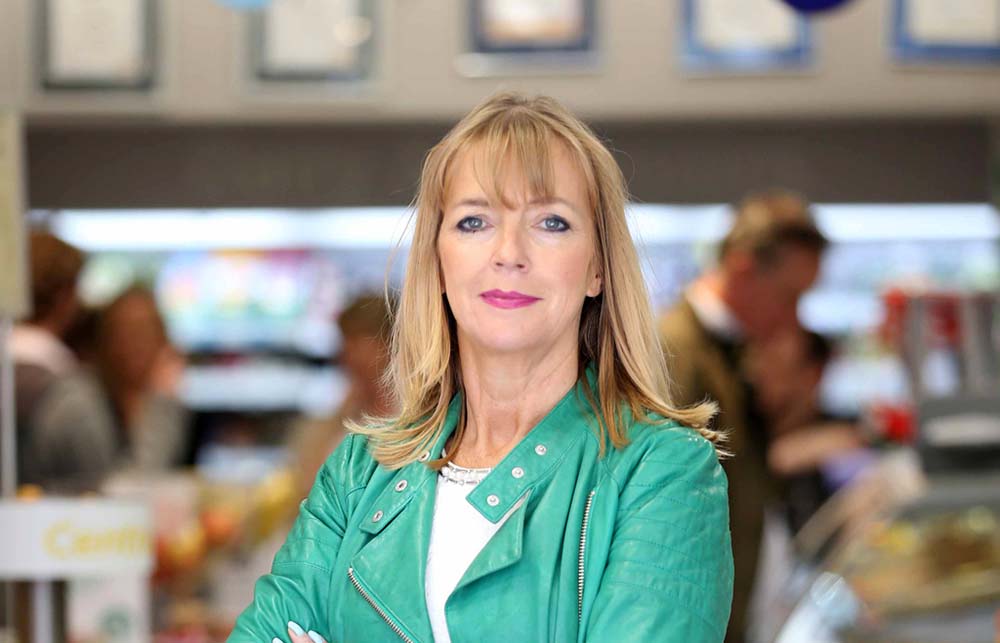 Tara Buckley, Director General of RGDATA believes one of the best ways to tackle rural decline is to complete town and village health checks.

A CO-ORDINATED and planned approach is needed to regenerate rural towns and villages throughout Clare, according to RGDATA director general, Tara Buckley.

Her comments came after a Clare Champion survey of retail outlets has revealed numerous villages in West, North and East Clare no longer have a grocery shop.

Several towns and villages in the county face the classic “chicken and egg” scenario – declining populations mean the numbers aren’t there to sustain certain rural services, and new people will not come unless these services are already in place.

RGDATA is involved in a pilot project with the Irish Heritage Council to complete a health check in 10 towns throughout the country.

Ms Buckley believes one of the best ways to tackle rural decline is to complete a town and village health check and devise a strategic plan to address its challenges and opportunities.

In an interview with The Clare Champion, she acknowledges this approach may not benefit all rural villages in the county but stresses it presents a great starting point to address this complex and multifaceted problem.

She explains the village health check involves creating a new plan to get more people living in the locality by examining ways to enhance its strengths and tackle its weaknesses.

“A village health check is a wonderful starting point to create a plan and energy that brings everyone together to work for common goals. It involves looking at empty buildings and how they can be reused to get people back living in rural towns and villages.

“If you can create a nice place to live in rural areas, people will want to live there. People want educational, recreational and cultural facilities, as well as employment. A community definitely needs a convenience foodstore.

“A foodstore creates a hub for other businesses to develop around it. It is all about creating a place where people want to live and set up small businesses.
“The Government needs to think about the impact of measures on small community shops. Extra regulations place a huge burden on the owner of a community shop.”

She says another proactive approach is the development of linkages between one town and a satellite of six or seven villages to create a scenario where people would work in a major town but live in nearby villages.

Citing the case of Westport in County Mayo as a good example of what can be achieved, she said business leaders and the community devised a strategic plan, which has been implemented in recent years.

She proposed that joining a group such as Spar can provide benefits from community shops in the form of discounts through group bulk buying.

Local Shops – Local Communities – an Economic Analysis, by economist Jim Power for RGDATA in 2016 highlighted that community-based, owner-operated grocery and convenience shops and supermarkets are seen as the economic and social mainstay of rural towns and villages.

It revealed spending an extra €20 per week in a local shop injects an extra €50 into the local economy.

“Locally-owned grocery shops are a key part of the economic and social fabric of Irish communities and national policy should facilitate their continued existence in so far as possible.

“A significant body of international research supports the contention that locally-owned shops make a much stronger social and economic contribution to local communities and economies than foreign-owned and controlled multiples.

“Locally-owned, community based shops provide more employment, including full-time and first jobs; they support local businesses and the economic base of the local area; they sell local produce and support local jobs; they are owned by people who are rooted and invested in the community.

“If 10% of spending in the three foreign multiples, who control 40.5% of the Irish retail grocery market, were to switch to locally owned retailers, it would result in an injection of an extra €556 million into the local economy each year,” the report stated.