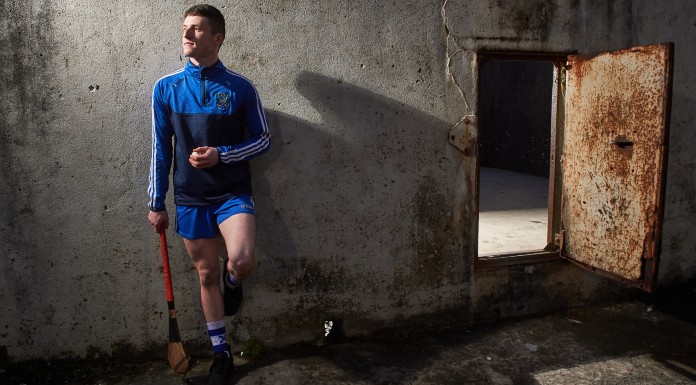 The task of trying to keep tabs on Diarmaid Cahill on a pitch is one that could be described as being a nightmare, but spending time in his company talking about his time on the pitch is anything but.

The young Corofin man announced himself as one of the most prodigious talents in the country in 2019 with some outstanding displays for the Clare minor hurlers, and his notoriety soared when the footage of his wonder goal in this year’s Harty Cup quarter-final win over Tulla went viral.

Despite some jibing from his equally talented brother Gearoíd that it might have been a shade on the lucky side, the younger sibling is adamant that the goal is what he had on his mind when he took on the shot.

“I went for it alright to be fair. I spotted that the goalkeeper was a small bit off his line but it was a one in a million shot at the same time, but I will take it” he laughed.

That summation in some ways goes a long way in outlining the character of this promising star. There is a clear mature focus and a relaxed confidence which goes way beyond his years, but that is coupled with a deadly talent and appreciation of the need for the hard yards. He is comfortable in taking on those kinds of shots, and his naturally cool demeanour means that the enormity of the situation simply is not a factor.

St Flannan’s was always going to be the secondary school of choice for Diarmaid and from the outset, there was a sole focus in what he wanted to achieve in a sporting context. The goal was all sparked early on by a Saturday afternoon organised by the man who is now their coach.

“It is an unbelievable feeling to be preparing for a Harty Cup final. It is something that I have always wanted and dreamed of since I started in the school. That has been the aim all along and it is a bit surreal now that we are there but we have to stay grounded. We have no cup to show for anything that we have done so far this year but we will be going all out to get it. In first year Mr Bugler brought us to the Gaelic Grounds to see a Harty Cup final and just to see that was incredible so the fact that we are here now is just brilliant” he recalled.

The Cahill household in Corofin is steeped in sport, with Diarmaid’s father Joe being part of the management team as they won this year’s Clare Minor A hurling title alongside neighbours Ruan. Gearoíd is currently on the comeback trail from a cruciate ligament injury with hopes he will see action with the Clare U-20 footballers in the coming weeks. Diarmaid concedes that his older brother often imparts some words of wisdom, but when asked how his father will be managing the lead up to Saturday’s game, he laughs: “I’d say he won’t sleep a wink with the excitement. He will be buzzing for it and it is great to have exciting times like that”.

He also admits, unsurprisingly, that there is only one topic of conversation around the dinner table in the last few weeks, and that it can be a struggle at times to maintain the balance between sporting and academic commitments.

“It is just sport we talk about at the moment and school talk is nearly taking a bit of a step back. We are just really focused now on the Harty and we are a sports mad house so that is only topic of conversation right now. It can be hard at times to keep the balance going between school and sport so you just have to concentrate on the books from 9am to 4pm and then you have the evening after that for sport. It is enjoyable at the moment so no one is really going to complain about it. I have missed a few classes throughout the year, but to be fair to the teachers they know if that happens, you will just catch up on the work so there is a good understanding there” he smiles.

Tradition can sometimes weigh heavy on the shoulders but Diarmaid feels having that tradition along with a high calibre of role models with the school is a major bonus rather than a pressure.

“Everywhere you look around St Flannan’s there are people who have done unbelievable work for Clare sport so it really is an inspirational place to be and have those people to look up to. It will all be on the day and how much work you put in for the lead up to it. The last day was a tough one and we did not have the same space as we had against Tulla so it can often just come down to how things pan out on the day. You just have to stay focused and not get caught out looking too far ahead. We had Eoin Cleary in with us for a session before the Corn ui Mhuiri game and he told us that all we can do is just focus on the next training session you have, because your next session is the most important one you have. It is just all about making sure that we are tuned in on the day” he concluded.