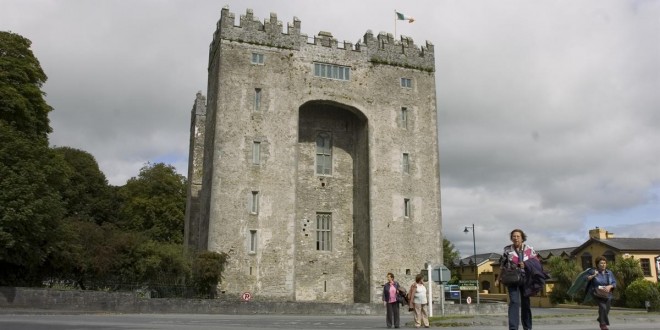 CLARE County Council’s  bid for the National Diaspora Centre  to be established in the county is very positive and should be supported. That’s the view of Labour TD Michael McNamara, who said that the council, in partnership with Shannon Heritage, is heading into a national completion which will be hard fought.

“There are many places in County Clare where the story of Irish emigration might be successfully told but the Bunratty option with the Castle, Folk Park and adjacent international airport will be a strong contender.

“The National Diaspora Centre is nothing less than the creation of a major national institution which will present an epic and often tragic story. It must be authentic and respect the memory of many great people who set out from impoverished Ireland to make a new home in unknown lands. That requires a level of professionalism and empathy with the subject which is found, for example, at Ellis Island Immigration Centre in New York. It must also be a centre of which we, as a people, can be proud,” he said.

Deputy McNamara said it is crucially important that such a centre  attracts visitors and makes a significant contribution to tourism.

“It is good that Shannon Heritage is on board. They have a track record in combining respect for history and heritage as well as economic reality. I note that Clare County Council is in the process of appointing tourism consultants to assist in the formulation of the bid and that decision is also welcome,” he said.