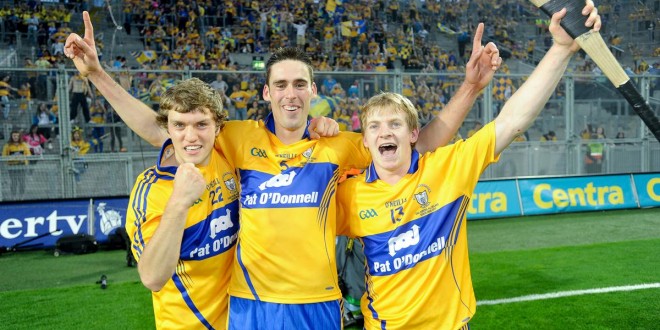 Two-time Clare All Star Brendan Bugler feels the Banner’s 2019 Munster hurling championship opener against Waterford may prove to be a step too far at the outset of the campaign.

Having been forced to play their designated home games in Semple Stadium and the Gaelic Grounds last year, the Deise are now back on home soil in Walsh Park this time around with Clare and Tipperary set to make the trip to the south-east over the coming weeks.

2018 was the first of a three-year trial of the new format, with Clare having home ties against Waterford and Limerick last year. Home advantage proved crucial for every side involved, with Clare being the only team to win on the road thanks to Ian Galvin’s late goal in Thurles on a dramatic day.

A crippling injury list coupled with no home games cost Waterford dearly as they failed to register any victory from their four games, picking up just one point which came with a draw against Cork on the last day of the campaign.

With remedial works undertaken in Walsh Park to allow them to host games this year, the 2013 All-Ireland winner feels having their home advantage along with the atmosphere that brings means a tough task lies ahead for the Banner.

“They fought hard to get Walsh Park as a venue and there just has to be a kick from that. There’s going to be a massive Waterford crowd down there and even around the town there will be a great atmosphere in the build up. It’s similar to Clare’s games last year because we were excited about Waterford coming to Ennis and that Limerick game in particular. I think this is a huge task for Clare, and one that might be a little step too far to be honest because they are going down into the dragon’s den really. They only lost one game there in the league and it is going to be a really tough ask. A lot of these Waterford players would have won All-Ireland U-21 medals and played a lot of their games down in Walsh Park in front of big crowds and that is going to stand to them also. I think the pitch will be good but it will be a bit tighter than the likes of Cusack Park. As a venue, they have a lot of work to do to get it up to the standard of other grounds around the province, and it is going to something like the way Kildare approached that game in Newbridge last year. It will be a massive Waterford crowd that shows up for this one and I don’t think there will be too many Clare people there. That alone has to raise the hairs on the back of the necks for our lads because we are going to be really outnumbered. We are going to need our big players to really stand up and get us out of this one. It is a game for big players and it will tell a lot of what we have in our camp” he said.

The game will mark the first championship outing for new manager Paraic Fanning, who took over the reins from Derek McGrath. Speaking on the Clare Champion’s Munster championship preview podcast, former Clare captain Tommy Guilfoyle feels that sense of freshness is something that could potentially play into Waterford’s favour.

“There is probably a renewed sense of optimism in the post Derek McGrath era. While Derek had his own vision about how he wanted Waterford to play, I think if the general public was pushed, they didn’t really agree with it. They now see this as a chance for these underage players to flourish under Paraic Fanning and under a different style of play. Clare might have had a poor display in the league quarter-final and they will look to put what was an uncharacteristic performance behind them and right those wrongs, and what better game to do that in. Clare won’t lack motivation and they certainly won’t fear going down there. It is their ability to counteract what Waterford will bring that will count. Clare might just be slightly handicapped by the size of the pitch because it is quite tight and the Waterford lads with have that element of familiarity with it. We saw that the day that Ballygunner played Sixmilebridge two years ago. They just smothered the middle third and forced the defence out. How Clare counteract that will be important. It will be a minefield in that middle third and I think if we try to take them on there, we won’t be successful. We have to be smarter and bring a new dimension to the game that we haven’t seen and try to play over that blanket. If we try to play through it, we are going to get turned over and it could be costly” he noted.

The free count is something that caused serious issues for Clare in the National League campaign, and the vibes from the camp is that they have worked to address it. Guilfoyle feels handing scoring opportunities to teams at the top level is unsustainable if Clare are to progress.

“When we review Clare’s league, and the management and players won’t need reminding of this, but the free count killed us. If you give those chances to the likes of Pauraic Mahony, they will punish. I think everyone will have looked at it and identified what was going wrong. The word is that they have worked a lot on it and their tackling will be more disciplined. A big target of theirs is going to be to minimise the frees. It was a huge talking point both locally and nationally and it was almost unprecedented the amount we conceded. The players will know that it is about correcting those things and improving on them. If we do that, it will help improve on the performance the last day, but I am just a bit apprehensive” said the Feakle man.

With only two teams set to see their championship season come to an end by mud-June, the pressure is on to accumulate as many points as possible to avoid having to scrap for survival on the closing day. Clare did that last year and were guaranteed to finish at least third with a game to spare. With a new season comes new possibilities, and Bugler told the Clare Champion’s preview podcast that it will boil down to the teams that want it more.

“It is extremely hard to call. I think the Waterford game is so huge. If Clare can match any of the teams we play in relation to things like work-rate, psycialty, hunger, drive, passion and honesty, I think we have enough firepower to hurt anybody. I think if we match other teams, even break even on those things, we can beat anyone. You have to remember we have some exceptional hurlers that can punish most teams. They punished Waterford last year, punished Limerick, and punished Tipperary when the chance presented itself, so we know that. If we don’t see that drive and honesty and desire that is necessary, then we could get caught. If other teams outwork us, we are going to get caught. If we match them, then we have better hurlers than most other counties. They are all top players and we will get the chances. The key is to outwork the opposition and cut down on the frees, which I think we will. If Clare can do those things, I think we will qualify. If we don’t then we won’t, it is that simple” he said.