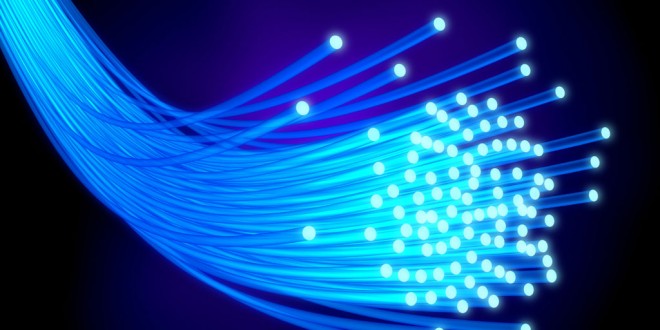 WORK on the roll-out of the National Broadband Plan is expected to begin in parts of South East Clare by the end of the month. Members of the Rural Development Strategic Policy Committee (SPC) heard an update this week from Urban McMahon Head of Information Systems, Broadband and Digital on the work of National Broadband Ireland (NBI) and on the DigiClare initiative. “They will be moving out from Limerick into Parteen and areas close by,” he said. “For the build, they’ll be using the Eircom infrastructure and liaising with us on traffic management. There should be a lot of activity in East Clare in the coming months. NBI will also be undertaking a marketing and information campaign in the area before the end of this month.”

Efforts to provide WiFi hotspots in each municipal district were also outlined. Mr McMahon explained that up to €120,000 had been secured to provide public WiFi in places like The Square in Kilrush, in Ennistymon and Ennis town centre, as well as in the parks in Shannon and the town centre. “In East Clare, we’re looking at The Square in Scariff and some of the parks,” he explained. “We have started the build and the work will take around six months to complete.”

In relation to the remote working hubs being rolled out under the DigiClare initiative, Mr Mahon noted that seven in operation are very busy and that up to 16 will come on stream in the coming months. In response to a question from Councillor Mary Howard, Mr McMahon said the restrictions on construction are likely to delay the opening of the Ennis hub to May. “It’s a pity,” he said, “because there is demand right now.”

“It’s an ambitious programme,” he added. “Shortly, we begin a major marketing campaign to highlight the remote working possibilities locally, nationally and internationally.”

Responding, Councillor Cillian Murphy insisted that rural housing is integral to any plans to attract people into the county. “People expect to be able to have a house,” he said. Business and commercial sector representative, Niamh O’Callaghan agreed. “I absolutely applaud the digital hubs, but we need housing too,” she said. “In Shannon, we have top tier companies coming in, but their staff have nowhere to live.”

Councillor Joe Killeen commended the work on DigiClare saying that he would welcome the prospect of having more people relocate to rural Clare.

Chairperson of the SPC, Councillor Pat Hayes noted that the hub in Feakle is “in non-stop use”. “The WiFi in towns will be very beneficial,” he said, “but more is needed. ”In relation to NBI, it’s very much in South East Clare where there will be quick wins.” He also asked Mr McMahon to point out to NBI that Broadford is part of Clare, and that signage in the area refers to Limerick.

On the issue access for remote homes and businesses to the Eir network, Councillor Hayes suggested that a scheme might be set up to enable people to make a financial contribution to the infrastructure required. “It could work like the Local Improvement Scheme (LIS),” he said. Mr McMahon said that, to-date, representations on to Eir on behalf of householders had only limited success. “People know this already, turnaround times aren’t quick,” he said.

Councillor Pat Burke said there had been high hopes after an NBI briefing to the local authority last year, but concern over the slow pace of the roll out.

Director of Services Leonard Cleary commended the work of Mr McMahon and his team, saying the aim was to make Clare “the remote working capital of Ireland”.

Fiona McGarry joined The Clare Champion as a reporter after a four-year stint as producer of Morning Focus on Clare FM. Prior to that she worked for various radio, print and online titles, including Newstalk, Maximum Media and The Tuam Herald. Fiona’s media career began in her native Mayo when she joined Midwest Radio. She is the maker of a number of radio documentaries, funded by the Broadcasting Authority of Ireland (BAI). She has also availed of the Simon Cumbers Media Fund to report on development issues supported by Irish Aid in Haiti. She won a Justice Media Award for a short radio series on the work of Bedford Row Project, which supports prisoners and families in the Mid-West. Fiona also teaches on the Journalism programmes at NUI Galway. If you have a story and would like to get in touch with Fiona you can email her at fmcgarry@clarechampion.ie or telephone 065 6864146.
Previous 763 new cases of Covid-19 nationally, 9 in Clare
Next €650,000 fund announced for critical social innovation in the Mid West