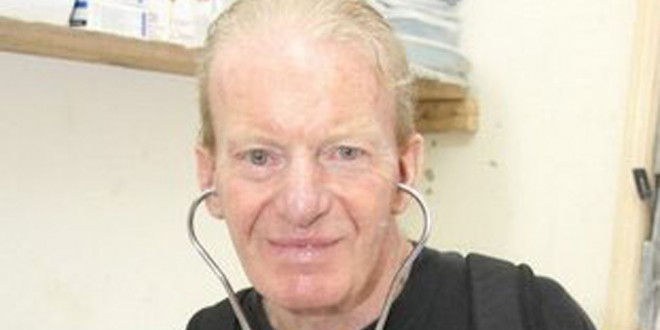 Dr Rory O'Keeffe, who is working in Kenya to help abused children

Bringing a ray of sunshine to abused children

THE Clarecastle-born director of a charity, bringing hope to very young children in Kenya whose lives have been blighted by sexual abuse and prostitution, is appealing for people to help build a refuge for the children.

Ray of Sunshine Foundation director, Olive Halpin, and patron, RTÉ’s Derek Davis, will launch the 2016 building project with a fundraising Festive Night of Food and Fashion in the Inn at Dromoland next week.
Children in Kenya, who have been abused and some trafficked in the sex trade from as young as three years old, are relying on the charity to bring some light and hope into their darkness.

“These children have been abandoned when they are of no more use to the people who abuse them and they are left deeply scarred, physically, emotionally and mentally, having experienced only the world’s ugliness,” Ms Halpin said.

She added, “The Ray of Sunshine Foundation is working to show them beauty and a future. These beautiful children are the forgotten. Parents and educators work so hard in the developed world to keep children safe but these young boys and girls have not had the benefit of protectors.”

The directors of the charity and volunteers have been working in Kenya for almost a decade, building schools and facilities and in January 2016, they will return with an army of volunteers to build a rescue centre in Mtwapa, Mombasa.

Retired Ennis GP, Dr Rory O’Keeffe, is now based in Kenya and is using his medical expertise to help the children exploited in the sex-trafficking industry.

“The centre will be a safe haven where the children will have support, medical care, nutrition, education and a supportive and loving environment to give them a chance of recovery from the ordeals they have experienced,” she added.

The charity is looking for volunteers, both skilled and unskilled, to join an amazing journey in 2016.
“Anyone who has taken part in our projects to date will tell you that while they are changing the lives of the people they are offering hope to, they are also changed in themselves. They have the experience of a lifetime,” she said.

“We want trades people certainly – the project could not take off without them – but we also want people who can carry water, push a wheelbarrow, paint a wall and, most of all, people who want to show these children that there is real love in the world.”

The launch of the project will be kick-started by RTÉ’s Derek Davis and celebrity chef Kevin Dundon next Wednesday at 8pm. It will be a festive night of food, with fashion by Annette’s Boutique. Tickets are available at the Inn at Dromoland.

All proceeds from the night will go directly to the build. Anyone who can help with the project can contact Ms Halpin at 087 6994599 or www.rayofsunshine.ie.