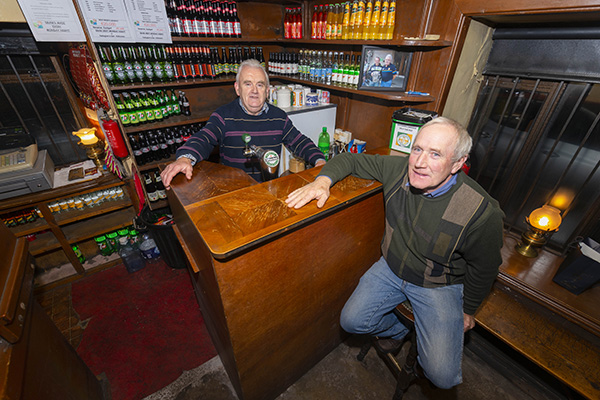 Pat O'Brien of the Blacksticks Bar with his friend and regular Mike Noonan. Photograph by Eugene McCafferty

FOR almost 50 years Mike Noonan has been coming to The Blacksticks Bar but he can see its the type of bar that might not survive for very much longer.

Mike, who doesn’t take a drink himself, is still very critical of the changes to the drink driving laws, introduced by a government minister who he feels has no understanding of rural Ireland.

“Bring Shane Ross out of Dublin City Centre and he’d get lost. If you landed him here and turned off the street light he’d panic, he’d be looking for the public transport home.”

He adds, “It’s a shame, just because of a man above in Dublin City. If you landed him here, he’d get frightened when he saw the dark, he wouldn’t be used to it. But I suppose it’s in now and it’s there to stay. I honestly don’t think it will save any life.”

Mike says there are degrees of drink driving.“If you go into Ennis tonight, drink 15 pints and drive out the road, I have no compassion for that person. But that man will drive down here, drink three pints and go home, he’s going to create no hassle for nobody. There’s people doing that all their lives.”

People drank moderately and drove home safely for decades, he feels. “It’s totally crazy what’s going on in my opinion. Especially for people who drove here for 30 or 40 years and just tipped away home. They weren’t ever drunk, they were well able tip away home and go to work the next morning and do what they had to do. But that day is gone.”

Rural isolation, a problem that seems to be less talked about now than even a few years ago, is going to deepen he believes, and cites the case of an elderly man he spent some time with lately.

“This week an awful lot of people have spoken a lot about this new law. I was with a man on Monday, he’s 80. He lives within a mile of a pub but he’s afraid of his life to go any night, because he has to do a bit of driving in the mornings. He said it’s over for him, and he lives alone.”

That individual is going to be left without a social outlet now, he feels. “He said, ‘I can only sit at home now and watch television’. That’s sad to hear from a man of 80 years of age.”

When consumed excessively, alcohol can certainly create mental health problems, but Mike says that not being able to socialise will cause issues, particularly for older, single men. “If you’re at home you hear every oul’ squeak and rattle. Your mind is wandering away. It isn’t funny any more, there are hundreds of old people that way.

“I’d say its worse for men than women. Women will go to the ICA or bingo or something. They will meet other women and join this thing and that thing.”

Alternatives are needed but he says there is no sign of an initiative that would allow people in rural areas to continue to socialise, in the way that people in those areas did for so many generations.

“I don’t know why they don’t come up with some alternative. If it was only a night a week or two nights a week. They’re talking away about it, but when’s it going to happen like?” 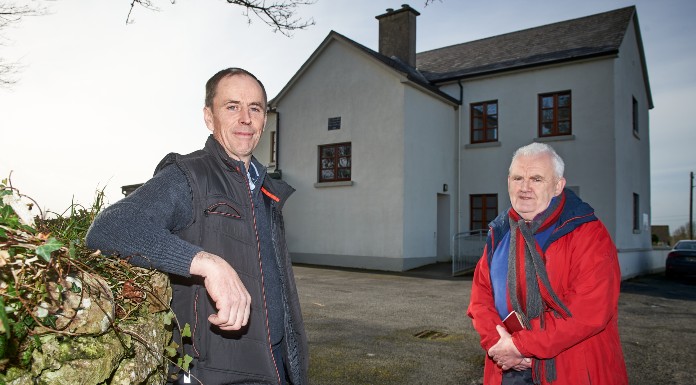