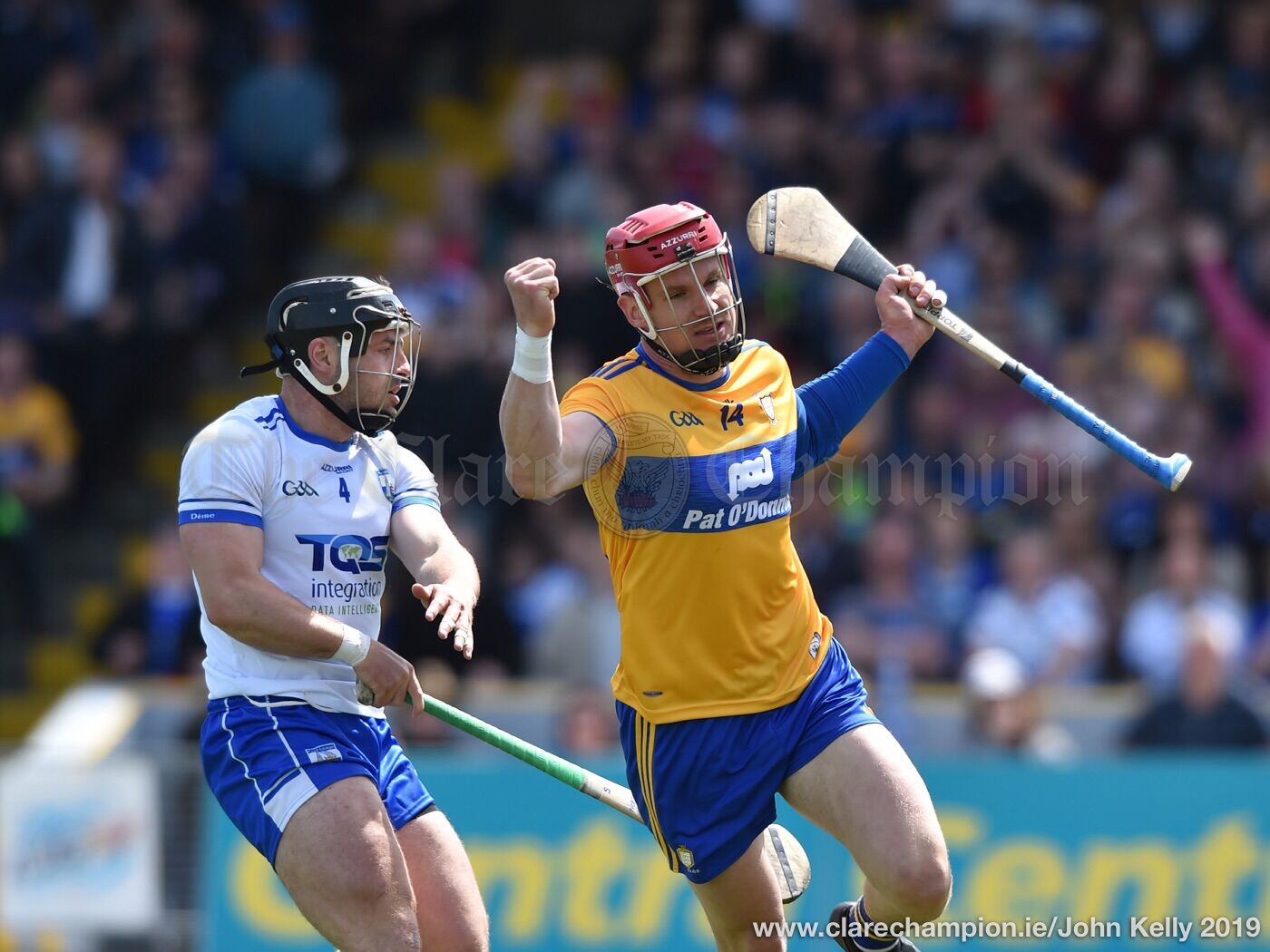 John Conlon celebrates his first half goal against Waterford in Walsh Park. Pic by John Kelly

Clare withstood a late Waterford rally to overcome the Deise by the minimum in a titanic tussle in the Munster SHC.

The ideal start to the game fell Clare’s way, when John Conlon was allowed the freedom of Walsh Park inside the Waterford area, and he punished them with a brilliant goal. Shane O’Donnell was the architect of the chance, and when he found the big Clonlara man, he rounded Stephen O’Keeffe before lashing home.

It set Clare on a pedestal in the first half which saw them go in 1-13 to 0-10 ahead at the break after a brilliant opening period.

All bar one of the Clare forwards got on the score-sheet, with Peter Duggan sending over 0-6 in the first half with 0-5 of those from frees.

In the closing ten minutes of the half, Clare outscored their hosts by 0-7 to 0-2 to establish a foothold in the game as they put the home side under constant pressure.

The sides continued to trade scores in the second period, with only Stephen Bennett keeping the Deise in the game. Tony Kelly and Aidan McCarthy scored points at crucial junctures, and Austin Gleeson saw a late free from close range being saved by the Banner rearguard.

Five in a row for Waterford cut the gap to one in a frantic finish while Ryan Taylor and Thomas Ryan traded points to keep the minimum between them deep in injury time.

Late pressure came from the home side but Clare held out to register a crucial victory and get their championship season off to the perfect start.

For more reaction and analysis, pick up next week’s copy of the Clare Champion and tune into the Champion Sports Chats podcast on Monday evening at 7pm. 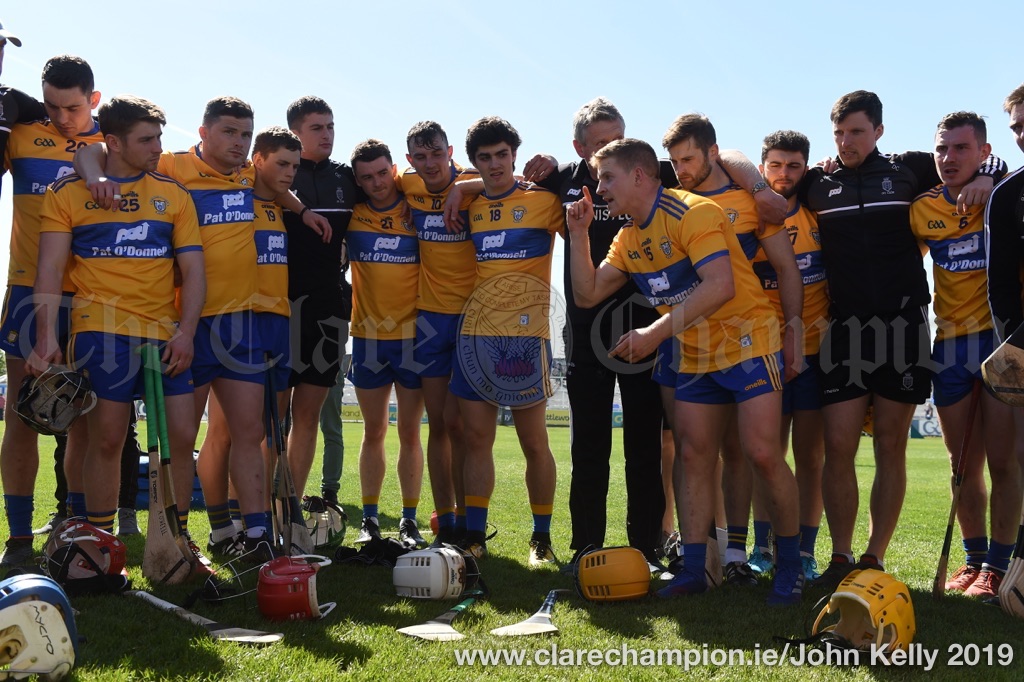