Home » Sports » A bridge too far for Wexford – Liam Griffin 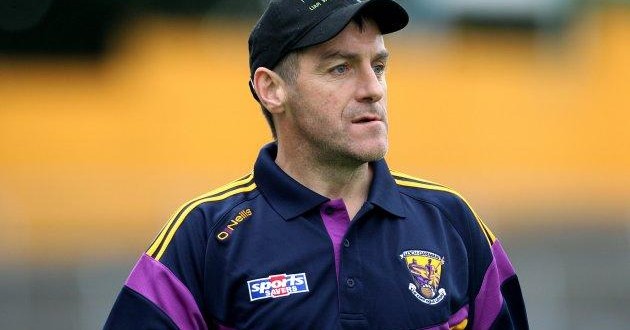 Wexford manager, Liam Dunne is trying to introduce a lot of change.

A bridge too far for Wexford – Liam Griffin

Former Wexford hurling manager, Liam Griffin returns to Clare this weekend to see the All-Ireland championship qualifier at Cusack Park but he will also spend some time in Newmarket-on-Fergus, recalling old times.

The Rosslare man has many happy memories of his time with the Newmarket club in the early 1960s, with whom he won two U-21 titles and a couple of Clare senior championships. In fact, he is proud to say that, in his time with the Blues he “never played on a losing team”.

“We were unbeaten in all our games. We had a really good team that included the likes of Trixie Twomey, Mick Considine, the O’Learys, Gus Lohan, Liam Danagher and Pudden Cullinan,” he recalled ahead of Saturday’s meeting of Clare and Wexford.

“Wexford are going into the lions’ den. They have a young team for the most part, with a few experienced players. Wexford are up against it having to travel to Clare and this game may be coming a couple of years too soon for this Wexford team,” according to Griffin, a member of the Slanesiders’ minor management team under Martin Storey.

Griffin is adamant that Clare played well against Cork.

“Okay, they lost but they are a good strong team. They are the All-Ireland champions and it will be very difficult for Wexford. Liam Dunne is trying to introduce a lot of change. Things were going bad in Wexford hurling for a while and we are still not out of the woods. He is working in tandem with the U-21s and there is a lot of work going on, to bring on a team that can compete at the highest level. We are currently in Division 1B, which is Wexford’s rightful place at the moment. Wexford will go down to Clare and give it their best shot.”

Referring to the Munster semi-final game with Cork, Griffin noted, “Clare were still there at the end of the game. Cork had introduced a few extra players from last year and they had improved but Clare will still have a big shout in this year’s championship”.

Asked for his view on the dual player debate, Griffin said, “It’s very difficult to do the two at senior inter-county level. Lee Chin tried it in Wexford and he wasn’t able to do it. Wexford is affected by the dual problem; in fact, no other county is affected as much as Wexford. All senior clubs in Wexford play both codes and fellas are good at both. We have proven that it’s very difficult to have a very good hurling and football team.

“In my time in Clare, football was only in the west of the county but that has changed. In Wexford, there is no geographic divide and fellas play both, “ he said, acknowledging that “it’s different for Podge. His father is in charge of the county football team and I understand his desire to play, just as I understand Davy’s determination to succeed with the hurlers”.

Getting back to Saturday’s clash, Griffin said, “There is a realism in Wexford, they are underdogs. If they had got Clare in Wexford Park, it would have equalised things in a big way. Home advantage has fallen to the favourites. It’s probably a bridge too far for Wexford at this time but they won’t go down without a fight”.

His detour along the way is important.

“I am looking forward to calling into Newmarket and meeting the lads before travelling onto Cusack Park for the match.

“As I said, Clare are the strong favourites but Wexford will be travelling in a determined mood,” Griffin concluded.

St Flannan’s had to wait 13 years to get back to a Harty Cup final, …