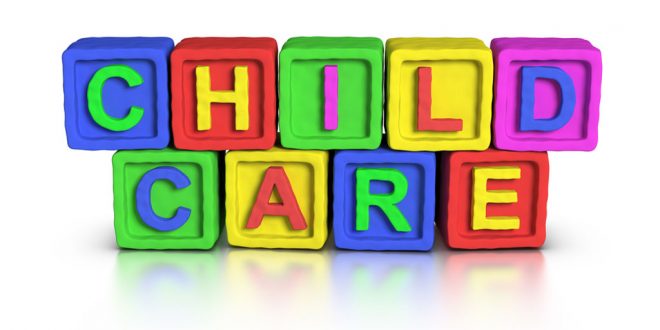 THE Sixmilebridge and District Community Complex is facing an uncertain future following the revelation that the complex has not submitted audited accounts in compliance with regulations for 10 years.

Growing dissatisfaction with the lack of proper governance of the centre has prompted calls for an extraordinary general meeting to facilitate the necessary changes to ensure its future survival.

A Clare Champion investigation has revealed that the Registry of Friendly Societies (RFS) cancelled the centre’s registration on April 17, 2015 over its failure to submit annual audited accounts to the registrar. It also found that November 21, 2007 was the last time that annual audited accounts were lodged with the RFS for the year ending December 31, 2006.

The Bridge Complex is the umbrella organisation for one of the biggest not-for-profit organisations in the county. Its childcare facility employs 30 people and looks after about 100 children five days a week. It also runs a daycare centre and a playground, which is due to reopen once refurbishment is completed after recent damage.

Richard Cahill, who was chairman of the society for years until he stepped down four years ago, said he was “stunned” with the revelations concerning the accounts, as he believed the complex was in a very healthy state financially before he left.

“I am aghast. I don’t know how this could have happened. Someone somewhere dropped a ball. This is news to me. When I left as chairman, the complex hadn’t any financial worries and was in a very healthy state. I am stunned with this news. I don’t know what to say,” he said.

Councillor PJ Ryan, who is one of the largest shareholders with 100 shares, has called for the centre to hold an EGM as quickly as possible to regularise serious governance issues.

The Champion has learned that restoring the society’s registration on the RFS will not be easy. The complex will have to get an auditor to produce an up-to-date set of audited accounts and make an application to the Dublin Circuit Court for a restoration order.

If this is granted, all the relevant documentation has to be submitted to the RFS, who will have to approve them before registration is restored.

Asked about the delay in striking off the society, a RFS spokesman explained that it does not have the same personnel or technical resources as the Companies Registration Office (CRO).

Councillor Ryan said it is important to establish what checks are carried out by public bodies, such as Pobal and Clare County Council, who have provided substantial funding to the childcare and playground facilities.

The Independent public representative said he had helped the complex to purchase the site from the council and was involved in the initial stages of its establishment but played no part afterwards in its overall management.

He stated it is important that action is taken to ensure the complex remains open, as it provides vital services to Sixmilebridge and surrounding areas. This action, he said, could involve Pobal and the council playing a more active role in its overall management until governance issues are fully resolved.

A spokesperson for Pobal stated, “As part of its role in the management of childcare services on behalf of the Department of Children and Youth Affairs (DCYA), Pobal administers grants and subventions to Early Childhood Care and Education facilities to subsidise the cost of childcare for parents and to improve the quality of care provided to children.

“Pobal is responsible for ensuring that all money is properly accounted for and that facilities adhere to financial guidelines and regulations. It does this by carrying out regular compliance visits, where children’s attendance is verified in order to validate the funding that facilities receive.

“Pobal also ensures that beneficiary organisations which it funds are registered with their relevant regulatory bodies and are compliant with the regulations in their sector.”

Bridge Complex treasurer Vicky Ward could not explain why accounts have not been submitted to the RFS for the last decade. However, she said management are “trying to get to the bottom of this problem”, which they realised recently, and stressed that quarterly and annual financial returns were submitted by the childcare facility to Pobal, who are providing the largest portion of funding and conduct regular audits.

Stating that there is “no cover-up”, Ms Ward claimed management are planning to call an EGM within the next few weeks and stressed that their main priority is to ensure staff retain their jobs and parents and families continue to benefit from existing services.”

Ms Ward confirmed she has worked in the crèche and currently acts as assistant manager, before stating there is “nothing untoward” about her post.

She also confirmed that her sister and daughter have worked as childcare assistants in the centre, before pointing out that her daughter is currently doing relief work, ranging from two to possibly 10 hours a week. She added that she never sat on an interview panel concerning the appointment of any family member.
She pointed out that the management of the crèche is separate from the overall management of the complex and said there is no paid manager with overall responsibility for the society.

Asked about the re-opening of the playground, she confirmed that the complex has spent €1,000 on insurance and about €700 on parts for slides and expects that the facility would re-open once this work is completed.
She said one of the possibilities, which is being examined, is the establishment of a new independent committee to regularise governance issues.

The Champion has learned from an independent source that the complex is registered with the Charities Regulator.

A spokesman for the Charities Regulator said the Bridge Complex was part of approximately 8,500 organisations that were deemed registered on October 16, 2014 by virtue of the fact that they held a Revenue CHY number.

“All organisations were required to verify their details with the regulator by April 16, 2016 and submit an annual return 10 months after their financial year end. If there is no annual return viewable on the register then the Regulator has not received a confirmed filed copy of the same.

“The Regulator is currently engaged with approximately 12,500 organisations. Organisations that fail to file an annual return or complete their registration will be removed from the register,” he said.

The spokesman said the regulator could not comment on a Clare Champion query concerning liability for shareholders or members in the event of an accident or adverse incident at the centre.

The society’s own rules stipulate that an annual general meeting has to be held at least once a year.
“The following business has to be transacted at every annual general meeting: the adoption of the statement of accounts and balance sheet as prepared by the society’s auditor; the appointment of an auditor for the current year and the election of the committee in according with Rule 11.

“A special general meeting may be convened by the committee at any time, on their own authority or upon a requisition addressed to the committee, chairman or secretary signed by at least half the number of members of the society for the time being.”

The rules also state, “A copy of the last annual balance sheet for the time being, together with the auditor’s report, has to be kept hung up in a conspicuous place in the society’s registered office.

“The committee has, before March 31 in each year, to forward to the registrar the form of annual return covering the period and in the manner prescribed by the acts and regulations, accompanied by a copy of every auditor’s report and balance sheet made during the period included in the return.” 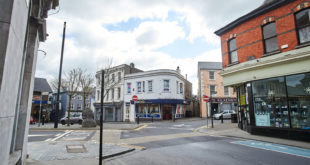