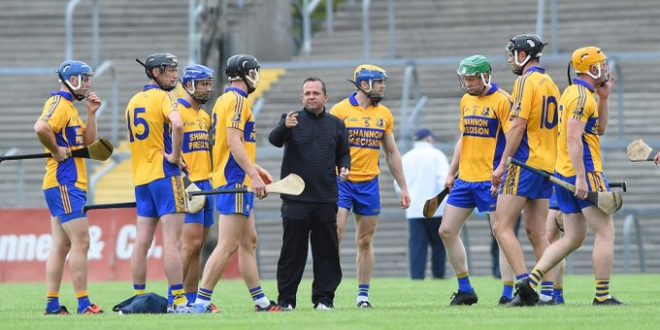 The filtration system may have altered but the cream always rises to the top as Sixmilebridge clearly demonstrated on Sunday.

Rewind the clock back ten weeks earlier and after an unprecedented lockdown, supporters were predominantly locked out amidst the condensed championship series that while short on preparation and lead-in time, certainly wasn’t diminished in terms of standard or intensity.

Regardless of the lack of any form guide however, there’s no substitute for experience as Sixmilebridge and Kilmurry Ibrickane re-emphasised.

Despite differing developmental approaches, the crucial common denominators of collective steel, trust and understanding were abundant throughout their perfect runs to the ultimate honours in Clare GAA.

Kilmurry Ibrickane’s continual process of rejuvenation over the past two decades is unparalleled in the county to maintain their social distance over the chasing pack. Whereas for the ‘Bridge, it has been more about maximising the golden generation that finally ended the club’s most arid recent decade (2003-2012) with a return to the top in 2013.

It would be the first of five crowns in eight years, an unprecedented feat in the club’s history but not achieved by any club since the marauding Newmarket-on-Fergus sides of the 1960’s and ’70’s.

The statistics tell their own story of Sixmilebridge’s unrivalled consistency as the last four title triumphs have come following a more cut-throat 16 team championship restructure. With this being the sixth season of the new-look Canon Hamilton race, Sixmilebridge have remarkably attained an 85% win rate in their 27 matches, with 23 victories and only three defeats in that time added to that relieving 2017 county final draw with Clooney-Quin.

The stats don’t lie at the other end of the championship divide either which is equally as significant in light of two teams set to drop to Intermediate level in 2021.

If the relegation series had been in situ this year, Whitegate, Clarecastle and Newmarket would have been joined by last year’s semi-finalists Crusheen and 2017 finalists Clooney-Quin. That’s yet another reminder of the remorselessness of the Clare Senior Championship that can catch any of the 16 teams in its web so next year’s double demotion dilemma could be just as compelling at the wrestle for honours.

Back to the unrelenting ‘Bridge though whose consistency of results have been matched in personnel too as 13 players that started the 2015 final against Clonlara again played their part on Sunday.

Up against such a well-oiled juggernaut, O’Callaghan’s Mills needed to surpass their impressive momentum-fuelled form that had taken the scalps of Crusheen, Inagh-Kilnamona and Ballyea. However, despite the lack of an intimidating county final attendance, the occasion still patently affected the Mills’ normal swashbuckling style, evidenced most by uncharacterstic handling errors in the final third.

Of course, to even get to a first county final in 27 years was an achievement in itself but with no guarantee of ever getting back there again, regrets will inevitably haunt the Fireballs.

Instead, Sixmilebridge were flrmly in control of their own destiny and played with the confidence of champions throughout.

The only apparent chink in their armoury is that unlike Kilmurry Ibrickane’s apprenticeship policy, Sixmilebridge haven’t been assimilating any of their conveyor belt of underage talent throughout the campaign. That’s not a purposeful ploy, more a realistic statement that there’s no one ready to push the golden generation off the team just yet.

It isn’t an easy task though due to the impeccable standards they’ve set as on Sunday, Sixmilebridge became the first club to win the Clare Senior Hurling Championship without scoring a single goal.

And the most alarming part of that unprecedented statistic for every other club is that they simply didn’t need to.