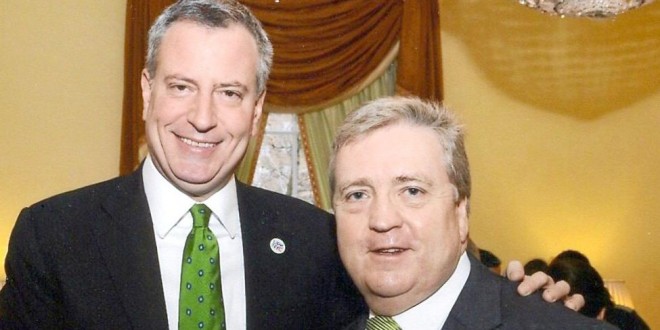 Clare TD  and chairman of the Joint Oireachtas Committee on Foreign Affairs and Trade, Pat Breen, has described a move by New York City Council to allow identity cards for undocumented immigrants “a real step forward”

“There are an estimated 25,000 to 30,000 Irish among the 500,000 undocumented living in New York City and they can now benefit from the new ‘New York Identity Card’. It means they will now have access to city services, and can now do things like open bank accounts, sign a lease, or visit a doctor.

“Every parish in Clare can identify with the plight of the undocumented and the introduction of the ID Cards will give our illegal immigrants in New York a sense of security and make them feel more at home away from home, Deputy Breen said.

He added, “I want to praise the work of the Irish Lobby for Immigration Reform, and I also want to praise New York Mayor Bill De Blasio, who is keeping his promise to ‘not force any of (New York) residents to live their lives in the shadows.’.”