The Oireachtas Joint Committee on Foreign Affairs and Trade Chairman Pat Breen  is in Washington this week for a series of meetings with key players in the US Congress on immigration reform, including Speaker John Boehner and Congressmen Paul Ryan and Luis Gutierrez.

Deputy Breen said, “This visit is an important opportunity to meet with my US counterparts at a very high level. I am indebted to Speaker John Boehner for taking time out of his busy schedule to discuss immigration reform and was encouraged by his assurance that it remained high on the political agenda. The meetings yesterday with Congressmen Paul Ryan and Luis Gutierrez afforded a valuable insight into the latest thinking on immigration on both sides of the aisle in the House of Representatives.

“I stressed to both Congressmen the plight of undocumented Irish in the US and the hope that they can finally emerge from living in the shadows as a result of immigration reform.

“It was striking that the Speaker, both Congressmen, and other key voices we engaged with, were hopeful that something substantial could be done on immigration reform in the first half of 2015. It now seems certain that President Obama will take executive action on the issue before the end of the year. While I acknowledge there have been many false dawns on this hugely significant issue in the past, the political will evident in Washington to deliver a practical solution to immigration is to be warmly welcomed.” 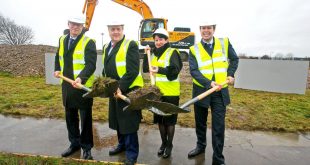 Over €1m for roads in Clare