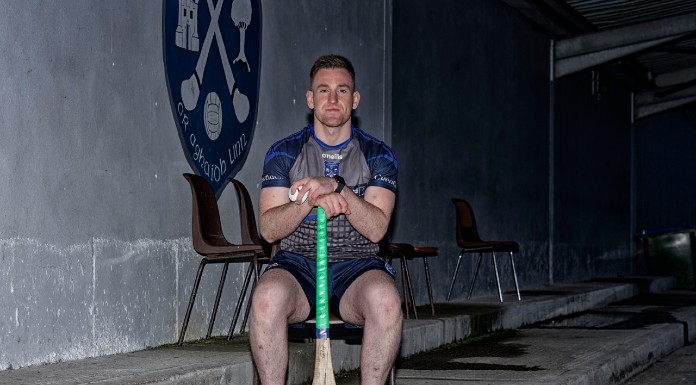 Cratloe’s Enda Boyce has served his club with distinction for ten seasons and will be playing with his family and wider community firmly in mind when he lines out against Sixmilebridge this Sunday.

“It is great to get into any final but even the family; Dad played for Cratloe, my uncle Seamus did, my brothers played, all my little cousins are playing. Most people have a similar story to me in the sense that their community is nearly built around the club. There are some big families involved in the club with the likes of the Collins’ in the football and that. So, the place is buzzing. We just can’t wait to get out there and give it our all.

“To me, there isn’t much pressure on us. This is my 10th year playing for Cratloe and we have a lot of experience. We have done okay in the last few years without winning, but with that comes experience, such as things like what to do on final day and things like that. We are quite used to this by now,” Enda said.

Much of the talk about Cratloe this year, and rightly so, has been around the impressive form of the youngsters such as Diarmuid Ryan, Rian Considine and such. But Enda believes the run to the county final is also largely to do with some of the elder statesmen of the side stepping up this year.

“It’s so important that we’re building for the future and even this year alone three or four young lads have come through and stepped up. In saying that though, there are other lads, the likes of Damian Browne, who has been around a long time, but he has really stepped up and been probably our most consistent player this year, he has been brilliant,” Enda stated.

Enda says that while the rivalry between the clubs is healthy, he jokes that some “Cratloe people think the parish runs into Sixmilebridge, but a lot of their lads would disagree with that I reckon.”

Enda confesses to pushing that rivalry out of his mind in search of a better start to the final that they have gotten in some of their games this year.

“It isn’t ideal that we have found ourselves behind in the last few games, but it is about our fight and our spirit that we are getting through these things. We’re focusing on getting a fast start against the ‘Bridge and settling early. This game is going to be so tight and anyone that thinks it won’t be is likely in for a shock. We’re two similar teams, and they’re physically very fit and strong.

“They’re going bring mad intensity and speed. They move the ball really well and their cross-field balls into their inside forwards. We do something similar, actually. They will bring a lot of physicality too, but we will be ready for them,” Enda declared.

Enda also alludes to the fact that he knows Sixmilebridge coach Davy Fitzgerald very well from his time in LIT, and that he expects nothing but professionalism from the ‘Bridge due to their backroom team. He also cautions people that may think this means he has Davy’s masterplan figured out.

“Fitzy is a phenomenal trainer, a lot of us would have had him whether it is for Clare or Fitzgibbon Cup in LIT. I saw what he does when I played under him in 2014 in LIT and I saw what he does very closely. We get on very well. It gave me an insight into how he thinks, and he is very professional. He’s a very good man manager. The way he deals with people, I haven’t really seen it before. Everyone works for him, and the ‘Bridge are going to do the same.

“I think all Davy’s teams play similarly. He has his way of doing things and you can see that in all his teams. The one thing he does, though, is to introduce a different thing depending on the opponent. He analyses his opposition very thoroughly. He’ll have some things up his sleeve for us too, no doubt,” Enda pointed out.