Home » News » Bottom of the pile in 2014 local government funding 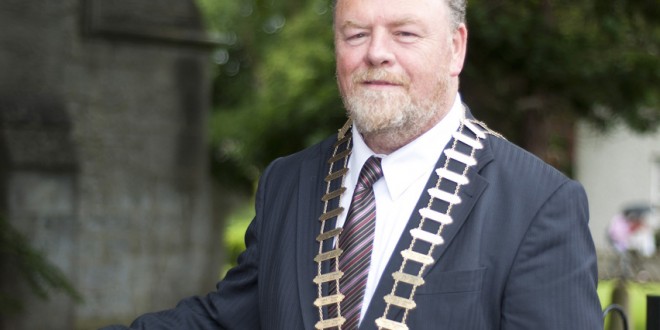 Bottom of the pile in 2014 local government funding

CLARE County Council has slipped from third worst to the bottom of the list in a league table of allocations under the Local Government Fund (LGF).

Councillors criticised the reduction in national funding under the LGF at the authority’s budget estimates meeting on Wednesday.

Mayor of Clare Joe Arkins revealed he contacted a representative of Environment Minister Phil Hogan to complain about the reduction in the LGF and Clare’s place on the bottom of the list.

Councillor Arkins said he was informed that Clare’s LGF allocation had to be considered in the context of the expenditure by Irish Water and other local government payments.

Councillor Tom McNamara noted that Clare had a compliance rate of about 75% for the Household Charge and over 90% for the Property Tax and yet it found itself bottom of the list in terms of LGF.
Councillor Richard Nagle said it looked as if the council was going back to the bad old days of inadequate funding in terms of its LGF allocation.

Councillor Christy Curtin claimed there was a “flaw” in the way Clare’s LGF allocation was calculated for years, which remains unaddressed.

County manager Tom Coughlan told councillors the level of expenditure on water and wastewater services, with the exception of group water schemes, is now determined by Irish Water, as is the resultant income to the council.

He noted Irish Water will be funding the deficit of €12.3m that was budgeted in 2013 in relation to the portion of water services that is being taken over by Irish Water.

Councillor Tommy Brennan argued there is a strong case for Clare County Council to be given this €12.3m. He issued a blistering attack on  Government deputies and ministers who had wrongly stated the proceeds of the Local Property Tax would be spent on providing local authority services.

“We have not received one cent from the Local Property Tax. I want a public inquiry involving the Minister for Finance Michael Noonan, the Minister for the Environment Phil Hogan and Taoiseach Enda Kenny who conned the people,” he claimed.

Councillor Michael Kelly complained that councillors were being asked to go down a “blind alley” by adopting the budget estimates. He said  if the council couldn’t access funding for emergency storm damage repairs, the authority may have to go back to members to amend the budget at a later stage.

Councillor James Breen insisted that councillors had the power not to adopt the budget estimates and risk the possibility of being taken over by Minister Hogan, if it wasn’t happy with its LGF allocation.

He noted the county manager’s hands were tied because the council is not getting enough money to run its services.

Councillor Pascal Fitzgerald asked how the council had gone from about mid-table in terms of LGF a few years ago to bottom of the pile in 2014.

He stressed that all the proceeds of the Property Tax collected in Clare should be redistributed back to fund local authority services.