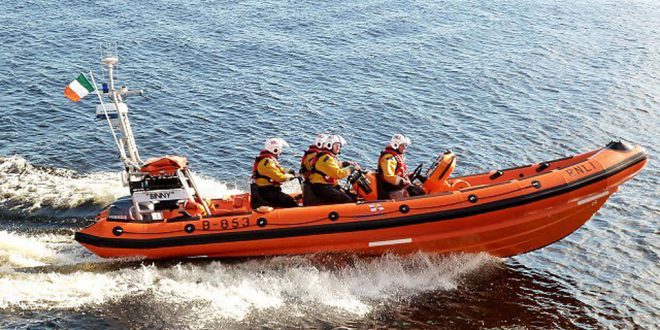 Galway lifeboat was involved in the search for the fisherman.

A multi-agency air and sea rescue operation was mounted in Galway Bay yesterday evening after a fisherman was reported missing.

Following an intensive search the man was recovered from the water and removed to Galway University Hospital where he has since died.

The Irish Coastguard was alerted at about half past three by a local fisherman who came across a local fishing boat with its engine running and no one on board, in an area south of Tawn Island off Maree, Oranmore, south of Galway Bay.

Galway RNLI Lifeboat launched from Galway Docks and were joined by the Aran Island All weather RNLI Lifeboat, the Irish Coastguard Helicopter from Shannon and the Casla Bay Coastguard Lifeboat. Within an hour they were joined in the search by nine local fishing boats from across the bay.

The Aran Islands RNLI Lifeboat recovered the casualty about one mile west of Blackrock, off Salthill, and proceeded to Galway Harbour where the emergency services were waiting.