Home » Lifestyle » Blogging about life and other stories 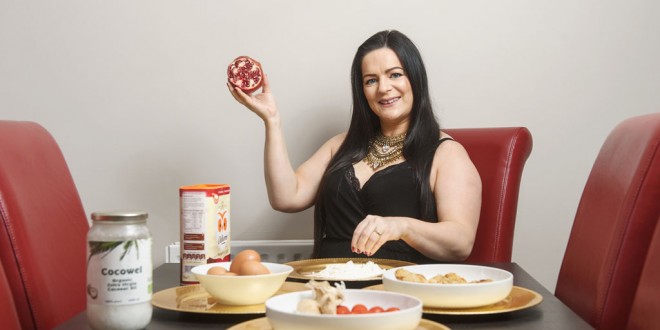 Blogging about life and other stories

A SHANNON woman is stirring up quite the online following and is now a finalist in the UK Blog Awards.

Claire McCarthy’s blog, www.clarewiththehair.com, is a finalist in the lifestyle and food and drink categories.

“It’s kind of like an online magazine, the kind of thing that I would like to pick up and read. There’s a bit of fashion, a bit of beauty, a bit of celebrity gossip but the majority of the focus is around food and cooking easy, family-friendly meals.”

Claire lives in Ballycasey and works in the marketing department of an IT services company. She started www.clarewiththehair.com at the start of September and says she had long been interested in blogging.

“I always loved blogs and reading other people’s blogs. But I would have thought that blogging would have been a million miles away from me, I’d have thought other people do blogging, I don’t do blogging. But there were loads of blogs I was following and there were little things about them that I thought, if I had it, I’d do this different and I’d do that different. Eventually, I decided to take the bull by the horns and to set up the blog. I started thinking about it probably six months before it went live,” she said.

She updates it five or six times a week, with the blog attracting around 8,000 visitors a week, a figure she hopes to see rising shortly.

“January is going to be a very busy month. We’re starting a 28-day plan on January 5 that will run for four weeks. I connect with a lot of activity groups and slimming groups on the likes of Facebook and Twitter and this morning (Monday) alone, nearly 1,000 people have said they want to become involved in the 28-day plan,” she said.

Making the blog as accessible as possible was something she focused on.

“It’s laid out slightly different to the majority of blogs. A lot of blogs, you go onto them and you see one page and scroll and scroll to get all the information. It’s kind of built more like a website because I found, when I wasn’t blogging, that navigating a blog could be difficult for a non-blog user, whereas everyone is used to navigating websites. I decided to build it more with the user who isn’t a blogger in mind. That seems to have been a massive success.”

Something that has been particularly popular on the blog is a section outlining how to cook simple meals.

“I’m a mum of two, I’ve a husband, I’m working. I come in the door at half five in the evening, I don’t have two or three hours to get a meal on the table but I don’t want to resort to a frozen pizza and frozen chips. I want to cook something from scratch and everything that I post is on the table within an hour and most of them are a lot quicker than an hour,” Claire concluded.