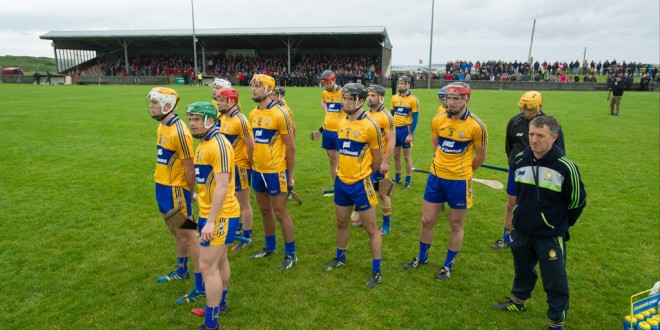 FIELDING a completely separate team in each half, Clare scored a comprehensive win over Galway in a senior hurling challenge game played in Quilty on Sunday evening. The game was the first to feature an All-Ireland hurling winning team playing in west Clare and was played to mark Kilmurry Ibrickane’s 100th anniversery celebrations. The Liam McCarthy Cup was on display throughout the game.

Clare led 0-12 to 1-7 at half time, largely thanks to 0-6 from Colin Ryan, who also impressed in open play. Damien Hayes scored the Galway goal in the opening half, while Jason Flynn put over five points from frees and play for Anthony Cunningham’s team.

Galway introduced Joe Canning at half time and while he scored an early point from play, Canning didn’t look very sharp with David McInerney retaining the upper hand on the Galway captain.

Amongst those to impress for Clare were Seán Collins and Colin Ryan in the opening half, while McInerney, Cathal Malone and Bobby Duggan did well in the second period.

The game was watched by a huge crowd at the scenic west Clare venue, while both teams were led out by local school children. 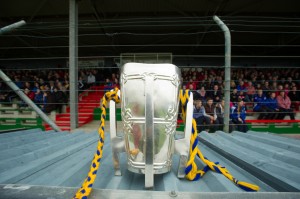 West Clare native Peter O'Connell has worked for The Clare Champion for 12 years and covers everything from sport, especially GAA, news, features and has been even known to branch into the fashion scene on occasion.
@@westclarepage
Previous Ger Loughnane spearheads cancer fundraising
Next Teaming up with Special Olympics