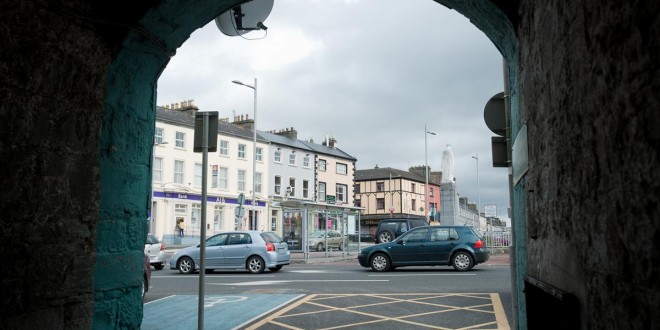 Gort votes will be vital in the Loughrea Electoral Area/

As the final week of canvassing begins for Elections 2014, we take a look at the local candidates in the Loughrea Electoral Area

Eight seats are up for grabs in the Loughrea Electoral Area, which extends from Kinvara to Kiltullagh and on to Kilreekill, Abbeygormacan, Derrrew, Kilquan and Tiranascragh. Thirteen candidates are in the running in the constituency, to represent an electorate of 37,416.
In 2009, the total electorate was just shy of 31,000 for the then seven-seat constituency. Since the boundary change, Athenry has moved into the Oranmore-Athenry area and, with it, sitting Councillor in the Loughrea Electoral Area, Fine Gael’s Peter Feeney.
Fine Gael is running four candidates in the new electoral area, including three sitting councillors, Michael ‘Moegie’ Maher, Loughrea; Jimmy McClearn, Killimor and Bridie Willers, Ardrahan. Joe Byrne from Kinvara is a first-time candidate but with strong family ties to the party.
Fianna Fáil has put forward three candidates: Shane Donnellan from Loughrea; Anne Rabbitte from Portumna and sitting Councillor Gerry Finnerty from Gort.
Both Fine Gael and Fianna Fáil have selected candidates strategically spread throughout the electoral area.
Two independents currently hold seats in the area, Michael Fahy from Ardrahan and Pat Hynes of Loughrea.
Other non-party candidates in the running are Adrian Feeney, Gort and James Regan, Loughrea. Mr Feeney is a seasoned campaigner, having run in local and general elections in the past. Mr Regan is a former member of Loughrea Town Council and its former mayor.
Sinn Féin is running a candidate in Eoghan MacCormaic of Loughrea and Labour has put forward Dessie O’Brien, also of Loughrea. This brings to six (out of a total of 13) the number of candidates from Loughrea and its surrounding areas. While it is the biggest town in the electoral area, only two of the seven councillors elected in 2009 in the Loughrea Electoral Area were from Loughrea, Pat Hynes from the town’s Gort Road and Moegie Maher of Clostoken, between Loughrea and Craughwell. Both were also members of Loughrea Town Council, alongside independent James Regan.
First-time candidate and financial advisor, Anne Rabbitte, is the only Portumna-based candidate on the ballot paper, which should work in her favour. She is also one of just two women running in this electoral area (with Bridie Willers of Fine Gael). She and Fianna Fáil party colleague, Shane Donnellan, are both new candidates with a professional background in finance.
In 2009, just one Fianna Fáil candidate, Gerry Finnerty, was elected in the Loughrea Electoral Area. His party colleague, Michael Regan, who had been an outgoing member of the council, was only eliminated on the seventh count and the aforementioned Councillor Finnerty garnered the majority of Mr Regan’s redistributed transfers, bringing him comfortably over the quota of 2,287.
Ardrahan’s Michael Fahy, now Independent but still strongly politically aligned with his former party, Fianna Fáil, topped the poll by a considerable margin of first preference votes, bringing in 2,247 in 2009, more than 200 more than his nearest rival, fellow independent Pat Hynes. Both men have long records on the council and have brought in outstanding numbers of first preference votes in successive elections. If they can repeat their previous performances, they will take the first seats.
The 2009 Local Elections showed a swelling of support for Fine Gael across the country and was a precursor to the 2011 General Elections, which saw Fianna Fáil decimated.
Even though much of the electorate is now paying the price for the country’s financial recklessness (much of which was executed under Fianna Fáil’s governance it must be stated), in economic and social terms through taxes and emigration, Fianna Fáil is likely to at least hold its position from 2009.
More probable still is that the party will see an increase in votes. Whether this will translate into an additional seat for them in the Loughrea Electoral Area remains to be seen but it certainly should not be ruled out.
Fine Gael has strong name recognition on its ticket, with three sitting councillors and the son of former council member Toddy Byrne. Fine Gael candidates are saying they are facing little backlash on the doorsteps, despite their party’s national policies and with an additional seat up for grabs in the area, holding three seats appears a strong possibility, as does increasing their representation.
Last time out, there were 15 candidates running for seven seats, this time it is just 13 for eight, so the odds are in their favour.
Sinn Féin’s Eoghan MacCormaic ran for the party in the Loughrea area back in 2004 but was eliminated after the first count. He didn’t run for Galway County Council in 2009, instead trying for the local town council, where he got 55 first preferences, only being eliminated on the eighth count, with 108 votes, against a quota of 207. It will take a big push from Sinn Féin to get a seat on the council in the Loughrea Electoral Area.
Publican Dessie O’Brien will be up against it as Labour hasn’t had a strong vote in the area traditionally.
In 2009, Labour senator Lorraine Higgins ran as an independent with PJ McDonnell on the Labour ticket. McDonnell received 477 first preference votes under the party banner, with Ms Higgins securing 809. By the 2011 General Election, the Athenry woman was on the Labour ticket and received more than 3,500 first preference votes in the Galway East constituency but this was not enough to be elected. Her then party colleague, Tuam’s Colm Keaveney, was elected. She was later nominated by Taoiseach Enda Kenny to the Seanad and is now running in the European elections.