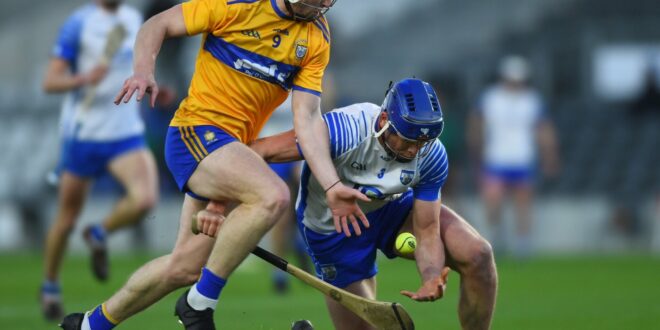 Clare’s 2020 championship came to an end in Pairc ui Chaoimh as Waterford set up a final four showdown with Kilkenny next weekend.

Clare battled throughout but the toils of an unbroken three week run were evident as Waterford finished stronger and were much sharper in possession.

Waterford had the dream start to the game with former professional soccer player Dessie Hutchinson raiding for a brace of early goals. Both were by products of sloppy Clare defending, with the opener coming after Austin Glesson slipped inside the cover before drawing a solid save from Eibhear Qulligan. The rebound was swept home by Hutchinson, and he repeated the trick less than five minutes later as a long delivery found him in behind the cover once more and he fired a clinical effort to the net.

Clare had responded well to the sucker punch opening with Tony Kelly, Shane O’Donnell and a brilliant sideline cut from returning captain David McInerney levelling the sides. Kelly, who had carried Clare to this point of the championship, picked up an injury in the opening stages and he was visibly in discomfort for the remainder of the half.

By the opening water break, Waterford had stretched 2-5 to 0-6 clear with the Bennetts, Jamie Barron and Hutchison keeping their tally ticking over. Clare kept in touch through Kelly and Cathal Malone, but the Aron Shanagher show on the resumption of play turned proceedings on their head.

The Wolfe Tones man found the Waterford net twice in as many minutes to send Clare into the lead, with two outstanding finishes of equal quality. The first came after a sliding Ryan Taylor won possession before laying off for David McInerney. The captain released Shanagher, and he fired home. The second was more direct, as Pat O’Connor’s long ball was fetched from the sky by Shanagher, and he lashed home a brilliant second goal.

The sides traded scores for the remainder of the half but a crucial third Waterford goal from Jack Fagan just before the break sent the Deise in with a 3-10 to 2-10 advantage, with Fagan profiting from being unmarked after being found by a clever Hutchinson delivery across the square.

Simple errors cost Clare in third quarter as sloppy play and poor decision making saw Waterford stretch 3-16 to 2-14 clear at the final water break. Poor deliveries from defence were punished as Clare struggled to make any inroads in the final third of the field.

Shanagher turned provider for Aidan McCarthy to fire a bullet to the net with 13 minutes to play to leave just four points between the sides, but a huge moment came when Stephen O’Keefe produced a point blank save to deny Aaron Cunningham. Tadgh de Burca pointed from the resultant clearance and Waterford led 3-19 to 3-14 inside the closing ten minutes.

Waterford produced the stronger finish to fire seven of the last ten scores as they opened up a commanding lead, and despite late Clare pressure, it was not enough to deny Waterford what was a deserved win. 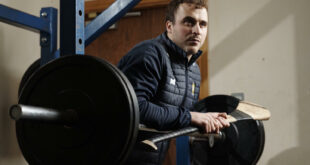