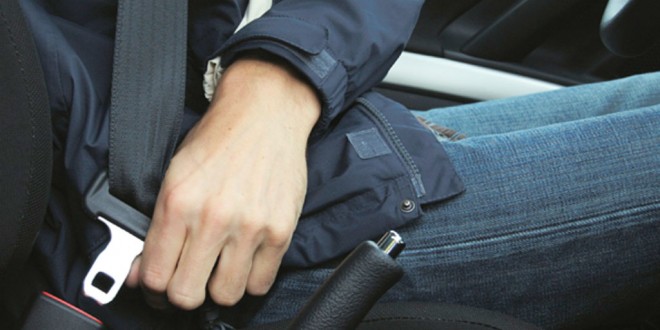 To coincide with the October Bank Holiday, gardaí and the Road Safety Authority (RSA) are making a special appeal to drivers and passengers to ensure they use a safety belt at all times.

A review of fixed charge notices issued for this offence so far in 2015 reveals that the 20-39 age groups are the ones that are failing most to use the most basic form of road safety – the safety belt. More than half (56%) of all fixed charge notices were issued to people aged 20-39.

In addition, concern is also being expressed over the number of fatal incidents where it has been found that the driver or passenger had not been wearing a safety belt at the time of the collision. No safety belt was worn at the time of collision for one in three of the driver or passenger road deaths so far in 2015, significantly higher than in previous years. Nearly half of these (48%) were aged 20-39.

“Whilst we know that the vast majority of people wear a safety belt, it is startling to think in this day and age, anyone, especially the 20-39 age groups, who have been exposed to huge road safety education over the past few years are choosing not to wear this simple but life saving device. Safety belts work in conjunction with every other safety feature in cars, in particular airbags, and not using a safety belt renders them all virtually useless.”

Moyagh Murdock, CEO of the RSA, added,”Seatbelts are proven lifesavers. Without a seatbelt three out of four people will be killed or seriously injured in a 50 km/h head on crash. By not wearing a seatbelt you also risk becoming a killer yourself, because in a crash you will be thrown about inside the car, injuring or possibly killing others. It only takes seconds to put a seatbelt on, when you get into the car it should be automatic that you put it on. Don’t take your life or those of the other passengers in the car for granted by not wearing a seatbelt, belt up and do your part to reduce the needless carnage on our roads.”