AHEAD of the May Bank Holiday Weekend, the Road Safety Authority (RSA) and An Garda Síochána are reminding motorcyclists to ease off the throttle and keep within the speed limit as we enter the high risk summer period for motorcycling.
Previous RSA research has shown that bikers speeding is a factor in half (49%) of motorcyclist fatal collisions.
Preliminary results from a recent RSA survey of 450 motorcyclists, found that 12% of participants reported having been involved in a road collision in the past two years while three in five (59%) had a near miss in the same period. July was found to be the most dangerous month for collisions involving motorcyclists.
The RSA and Gardaí are also highlighting the misuse of quad bikes and scramblers on the road and in public spaces such as parks. These vehicles pose particular dangers to young people; three of the four people who died in Ireland as a result of an incident involving a quad bike or scrambler were aged 18 or under, in the period 2014 to 2017. 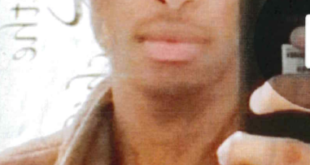