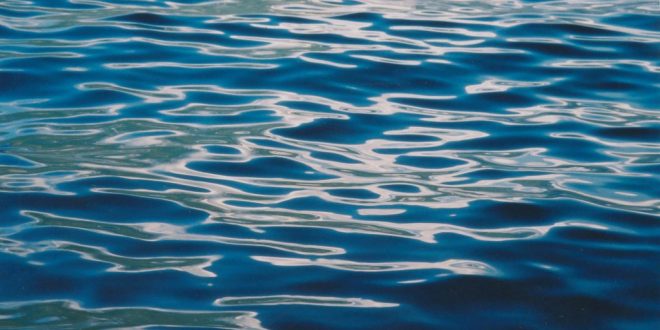 A SIX-month-old baby had a lucky escape in Mountshannon last weekend, when a local angler helped to rescue the infant from the back seat of a car that rolled off the pier, at pace, into Lough Derg.
The incident occurred at approximately 1.30pm on Saturday last, when a Dublin family were visiting Mountshannon for the weekend.

They parked their car at Knockaphort Pier, opposite Holy Island, and left the vehicle for a brief moment, leaving their infant strapped in a car seat. The windows were down but suddenly the car started to move and gained momentum, as it rolled down the decline to the pier and into the lake.
John Barry, who was preparing to go out fishing, narrowly escaped its path.

“I was in the water at the bow of my boat when a car passed me by, going at a considerable clip and it came dangerously close to me. I was standing beside my boat, up to my waist in water, and the car came within inches of me. I didn’t see the car coming until I just heard screeching and I looked up,” he said.

In disbelief at what he had just seen, the angler said he “didn’t know what the gravity of it was” at that stage but was quickly alerted when the baby’s mother started shouting that “there was a baby in the car”.

“She was running towards the car at this stage. The woman and I both went to the car. It was taking on considerable water. The water was up to my waist and the car had gone past me; the water was well over the seats in the car.

“The baby and the car seat were taken from the car. There were shoes floating around and a few other bits and pieces and I took those out of the car and brought them up, as much as I could salvage, before it got too wet,” John continued.

While the parents were very distressed, Mr Barry said the incident did not have the same effect on the baby.

“The baby wasn’t in any way traumatised. The baby didn’t even get wet. I never saw such a happy baby in all my life. The baby was smiling in its mother’s arms, going up the pier,” he said.
While John acknowledged that this “had the makings of a tragic accident”, he said he didn’t “believe the car would have gone out far enough for the baby to have drowned in it”.

However, he did say, “The car was filling up with water very fast. It all happened so fast; it was nearly over before I knew what had happened.”

John waded in even further to help the couple retrieve the car from the water.

“The mother was very distressed but, when the two of us calmed down, I told her I had a ratchet strap in the back of my van. I managed to hook it to the back of the car and I pulled the car up out of the water and back up onto the pier. It took a considerable pull but I got it up,” he said.

Other than getting a bit wet and being in shock, the family did not require medical attention.

A SIX-month-old baby had a lucky escape in Mountshannon last weekend, when a local angler helped to rescue the infant from the back seat of a car that rolled off the pier