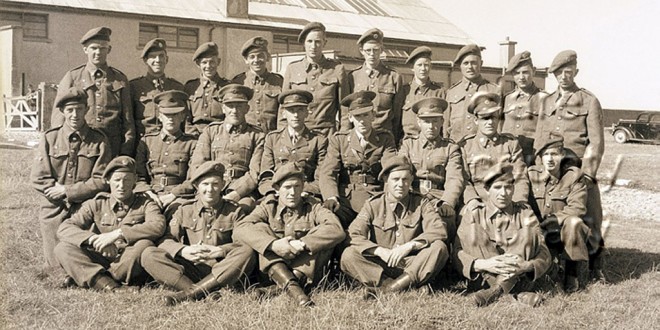 Reserve Defence Forces numbers in Clare are to get a boost as part of a recruitment campaign now underway nationwide.

E Company 1 Infantry Battalion, headquartered in Abbey Street, Ennis, is holding an open day/information day on this  Saturday and is inviting young men and woman to go along to see what army life is all about.

“There have been a lot of changes in the Defence Forces in the past couple of years and we need to start recruiting again in Ennis and the county for the local Clare unit,” said company commander, Commandant PJ McCarron.

E Company is the only RDF unit in Clare. “We have personnel from Gort as well but mostly from Clare of course. It’s the only unit in Clare and the headquarters is in Ennis,” Cmdt McCarron explained.

“We have seen a lot of changes from the old LDF – the Local Defence Force – to the FCA and, now, the Reserve Defence Forces. With rationalisation and integration and scaling down, the units became smaller. We now have about 60 active members compared to 150 in the old days.

“The unit structure has been scaled down, one time it was a battalion headquarters and now it’s a company headquarters,” he added.
Full-time personnel include the company commander, a quartermaster sergeant, a training sergeant and a driver.

“There is a proud history in Clare Reserve Defence Force and we will do our best to maintain that and to further it. If anyone wants to apply for the Reserve Defence Forces, male or female, they must be aged between 18 and 35, there is a fitness test, a medical, including a hearing test and then a final interview.

“If they are successful, they will receive all military aspects of training, from weapon handling to survival training, emergency medical training, signals (radio) training, driving training and all aspects of the military.
“The social aspect comes into it with weekends away, while undergoing training with a spell of full-time paid training,” Cmdt McCarron said.
“We’d like to receive applications from males and females of good character, who are up for a challenge, who want to have something that looks well on their CV, which is very important nowadays – and wants to get experience that they wouldn’t get anywhere else, and who like teamwork and a challenge.
“They will also get a taste of military life, if they want to take it further as a career,” he added.

There is currently a national recruitment underway for the Army Reserve and the Naval Reserve, with information available on www.military.ie.
Anyone interested in joining or checking out the Reserve Defence forces can go along to the Ennis HQ in Abbey Street, on Saturday between 1pm and 4pm.

For further information on joining the Clare unit, email ecoy1cncois@gmail.com.