GARDAI made two arrests at Shannon Airport this morning as two people are believed to have breached security fencing.

They were questioned at Shannon Garda Station and it is understood that they are part of an organisation, US Veterans for Peace. One flight was delayed due to the incident.

In a statement Shannon Airport said it could confirm “that two intruders were apprehended on the Shannon Airport airfield at approximately 10.25am this morning. They were intercepted and detained within five minutes and then taken into Garda custody.”

At 6.30pm this evening the men were still being questioned at Shannon Garda Station.

Positive Covid-19 Clare cases up to 54 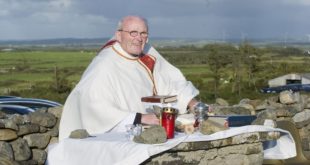