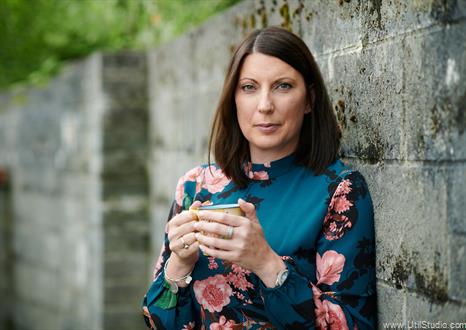 Arlene Hayes at home in Ennis. Photograph by John Kelly

If it wasn’t for The Rape Crisis Centre Arlene Hayes says with certainty, she wouldn’t be here today. To mark the impact they have had on her life she has organised an 80s disco to raise much needed funds for the service.

ENNIS based retail manager Arlene Hayes has been carrying a heavy weight on her shoulders for almost 30 years now. The happy, bubbly person who lights up when you invite her for a chat, is a survivor of historical sexual abuse.
Those closest to her didn’t know she was carrying this burden with her through life, and even she herself didn’t really know until it all came flooding back.
Arlene’s earliest memories are of her regular happy childhood in Ruan, trying on her communion dress and going to neighbours to collect communion money. She recalls picking hazelnuts in the fields and collecting mushrooms.
“I remember my mother on a Friday night making popcorn. She would get the Quinsworth bags and cut the bag in a triangle and put the popcorn into it and tie a knot and made a party for us on a Friday night. I remember all of that. And then you go into my teenage years, and I don’t really remember much,” she said.
Arlene said such was her memory of that time that people would jokingly call her Dory from Finding Nemo.
“I never really knew why. I knew there was something, but I would pop it back to the back of my head. And I’d say, ‘oh my God’, that’s so embarrassing. I would keep putting it back there, and pretend that the memory didn’t come into my head,” she said.
Arlene left home at 19. She trained as a beauty therapist but went into retail and is now a manager at Pamela Scotts in Ennis.
She said she probably went through her 20s drinking too much, meeting up with the wrong guys and pushing those who she did love away. Having moved away from Clare she became pregnant at 28, which for her came as a huge shock. However she said it would be the best thing that happened to her.
“I was going out of control with my life. My son, really grounded me. It was just lovely. I had let guys into my life that to be quite honest you wouldn’t even dream of letting your friends near, but I let them in. They were type of guys that would suck the life out of you or that needed to be fixed. I would try to fix them and I was the same with friendships. I was always the one to listen. I was definitely a people pleaser and if anyone hurt me, I’d take the hurt, and if any guy treated me badly, I would take it too. I never saw any wrongness at all, which is bonkers. I just didn’t see that my bar was so low. Looking back, I suppose that’s what happens. It’s why I don’t have memories from my teenage years”.
It wasn’t until her 40th birthday in August three years ago that something happened which triggered a series of memories from her childhood and she didn’t know what to do with them. Arlene confided in one friend, who listened and encouraged her to see her doctor.

“I went to my GP. I got upset and told him this is what is in my head and I don’t know what to do with it. He said ‘You’re upset and it will pass’, and I thought I would be fine. He talked about going to a counsellor and spoke about the Rape Crisis Centre. I just thought I’d just keep it to me and my friend and that would be it. It didn’t feel like it was real. It felt like I was talking about someone else”.
Arlene did make contact with the Rape Crisis Centre over time and by then had also told a second friend who brought her to her first appointment.
“I’ll never forget it, she had flowers, chocolate and tissues. I went in and it was so daunting. I was there listening to this lovely woman, but I was still a bit reluctant. I kept saying nobody knows. Nobody knows only me, you and my two friends now. I don’t want to tell anyone this is happening,” she said.
She began her engagement with the Rape Crisis Centre but felt like she was lying to everyone else. She hadn’t told her parents and felt she couldn’t look anyone in the eye.
“I’m such a positive person. I hide everything and that definitely is my coping mechanism. I put on my smile, I’m everybody’s friend, and everything is fine”.
However coming up to her 41st birthday she felt this overwhelming need to let it out.
“I told people and the person was confronted on the day of my birthday. He did admit it and he did say it was his white elephant. Then it became real. Then you think ‘What am I now? Am I a victim of abuse? Now I have a title and I don’t want this title. I just want to be myself”.
Arlene had to wait seven week for an appointment with a counsellor in Ennis due to the demand on the service. It was during this time that she was compelled to tell people as she said the waiting period “was horrendous”.
“The people involved couldn’t understand why I was so upset, I was all over the place during that time. I felt like Bambi caught in the headlights. I felt like my whole world was after being turned upside down but I didn’t know where to go or what to do. I remember ringing Shannondoc one night crying. I spoke to this lovely nurse and she said, ‘The best thing you’ve done is to talk about it’. But I said ‘I can’t believe this is happening to me. I have such a happy life’,” she said.
Arlene began counselling in early October of that year and opened up with the support of family and friends. The feedback from those she told was varying and challenging at times too.
“Some people feel sorrow, and some people feel angry. Most are very protective of me. Some feel guilt that they didn’t see it, and sometimes I have to almost give them permission to let that go, because they shouldn’t feel that way. Some are in denial, but the majority of people have been amazing”.
While in counselling Arlene went through a turbulent year and after completing a half marathon for the Rape Crisis Centre Arlene still wasn’t feeling well in herself.
“I felt a bit out of control in my life. I was eating way too much. I was binging and purging. I didn’t know this was a thing because apparently I was doing it all my life. One day I did have a thought and it was a horrendous thought – I just didn’t want to be here any more. I felt in my head, maybe I’m better off not here, then everything will be sorted and everything will be fine. I got so upset, and I went to my doctor. I didn’t tell anyone how I was feeling,” she said.
Arlene said taking her doctors advice she went on anti-depressants, even though she was reluctant. She also read up on her eating issues and slowly began to feel okay.
“I was able to open up and tell people how I was feeling and everyone rallied around me again. I thought, everyone is great, they are all protecting me and that I wasn’t alone, but I still felt I was alone.
Then August came around, my birthday of last year. I went out with my friends, and it was the loneliest weekend of my life. It really was, it was awful. I was surrounded by people, but yet I felt on my own,” she said.

Arlene decided then something needed to change and she wasn’t going to let her birthday, a special time in her life, become a negative anniversary.
She took to social media and spoke about her depression and what she was going through. She found it a great experience and said it forced her to look herself in the eye and confront herself.
“I knew I was doing something right by talking. There are so many people that can’t talk, and I thought, can’t you talk for them, don’t be afraid. I am not ashamed and not since the day that I spoke out do I regret it and I mean that. There has been a lot of hurt caused and lots of upset, but I don’t regret it. I had this tightness, this kind of anxiety in me and I’ve had this weight on my shoulder all my life, and now it’s gone”.
She said she does question where she would be today if it wasn’t for the Rape Crisis Centre.
“I really don’t know where I’d be. I wouldn’t be here. Also, financially I wouldn’t be able to afford it every week, how could I?,” she said.
This is why Arlene has chosen to give back to the centre which has brought light back into her life. She has organised an 80s disco for September 28 at The Old Ground Hotel and within 24 hours of posting the event it has sold out.
Overwhelmed by the response, Arlene has also decided to have a donation box on the night for anyone who couldn’t get tickets. Meanwhile a donation box is already in place at Pamela Scotts.
“Your mental health is so important it really is. No one would ever have known that I had gone through all this in the last two years. I’m off the tablets a month now and I’m doing lots of great things. I’m doing yoga. I’m walking. I’m on a 52 week challenge. I want to get on with my life. To see the response to the disco is amazing. I’m very overwhelmed. I knew what I was doing was right but people are just so good. I’ve never said it openly, but I am proud of myself and I’m definitely feeling something good,” she concluded.

Carol Byrne is a reporter at The Clare Champion newspaper reporting on news in the East Clare area and the arts. She also covers the courts in County Clare and has received seven national awards for this coverage from the Law Society of Ireland and a National Lottery Local Ireland national media award for Best Community Story 2019. A Masters in Journalism graduate of NUI Galway, she also holds a Bachelor of Arts from the University of Limerick in Music and Media Studies, and a Higher Diploma in Irish Legal Studies. She began her career interning at The Limerick Leader and Clare FM, before taking up a full time post at The Clare Champion in 2006.
@@Carlsburn
Previous Jack Myers to be remembered with new sign
Next Round Three Hurling Fixtures Announced 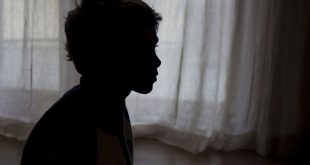