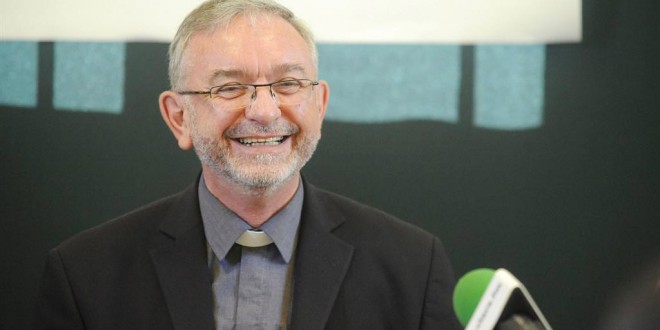 Bishop Kieran O'Reilly will be installed as the new Archbishop of Cashel and Emly later today.

Archbishop O’Reilly to be officially installed

Former Bishop of Killaloe, Dr Kieran O’Reilly will be officially installed as the new Archbishop of Cashel and Emly today. The Mass of Installation will be held in the Cathedral of the Assumption, Thurles at 3pm.

The Apostolic Mandate Papal Bull of Appointment from His Holiness, Pope Francis, will be read for the people by His Excellency Archbishop Charles J Brown, Apostolic Nuncio to Ireland.

All bishops and priests in attendance will be invited to concelebrate the mass.
The post of Bishop of Killaloe will officially become vacant on Sunday and it is expected that the local college of consultors will meet on Monday to elect an administrator for the diocese.