Home » News » Apollo 15 legend to touch down at Shannon 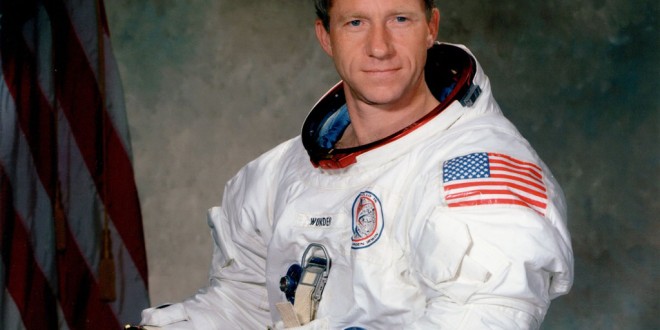 Apollo 15 legend to touch down at Shannon

SPACE enthusiasts countrywide and from the UK are set to descend on Limerick to get a rare audience with one of just 24 people to have flown to the moon.

His visit to Ireland for a lecture at LIT next Tuesday  and a dinner at the Pavilion UL the following day, is all down to one self-confessed Limerick space fanatic, Paul Ryan from Ballybricken, reaching for his own stars and, completely off his own bat, managing to connect with Worden and secure him for the two special events.

And speaking this week, Ryan explained that he had a double motivation for getting Worden to come to Ireland: his life-long fascination with space, combined with it being the top item on a bucket list he devised after having two cardiac incidents at the age of 37.

“I have had a fascination with space since I was a young boy and dreamed then of becoming an astronaut but that never happened, of course. I did get to live in the States later on and went to the NASA locations so they were huge moments.

“The real trigger for doing this, however, was I had two cardiac incidents four years ago and our second child was born at that time also. I had my own brush with destiny, as it were, and I just thought what is my legacy? I was literally sitting in my hospital bed thinking what am I leaving behind? What have I done that is truly different?

“People ask me why, if I was going to do something like this would I not bring it to Dublin, but a lot of big events happen in Dublin and here on the western half of the country there’s not much opportunity to go to something like this. Apart from that, Ireland has strong links in the area of space and astronomy.

“There’s magical stuff going on in LIT over recent years as it had an experiment on the last Space Shuttle mission and has another going to the International Space Station shortly so Al will be well at home there. Shannon Airport was a designated emergency airport for the Space Shuttle programme so I’m delighted he’s arriving in through there,” he said.

The newly formed Shannon Group plc is supporting the event and Worden will fly into Shannon Airport on Monday to wind up a European tour of talks in Limerick.