CLICKING on an email, Ennis man Anthony Galvin was met with these simple words: “If you do this trip, you will die.”

This piece of advice was in response to plans by Anthony and his good friend, Henk van der Klok, to take on the coldest journey in the northern hemisphere, a 1,400km trek across Siberia. The pair had made contact with a local person to get some inside knowledge about the area, ahead of their plans to set off next January.

However, if the sender of the email had intended to deter Anthony and Henk, he was mistaken. “We reckoned that it was the green light we were waiting for. If you get an email like that, you have to go for it,” Anthony laughs.

He and his Dutch-born companion are now busy preparing for the mammoth trek, the second coldest march ever, behind Bowers, Wilson and Cherry-Gerrard’s six-week trek in search of penguin eggs in Antarctica in 1911, as part of Scott’s South Pole expedition.

They will be walking from Verkoyansk to Oymyakon, with the aim of completing the journey by March 20 for the Pole of the Cold festival in Oymyakon.

Explaining what has spurred him to the challenge, Anthony said, “I’ve always loved polar regions. I’ve kind of been drawn to them ever since I was a child. reading about Scott and the South Pole. I’ve had that obsession for years and I’ve written a book about the discovery of the North Pole.

“I’d been looking for a good Arctic expedition for some time. I was picked for a trip to the South Pole a few years back, to commemorate Tom Crean, but we never got that one off the ground. I’d thought about crossing Greenland, but it’s been done too often. Iceland, too easy. Then I came across the North Pole of Cold, the coldest spot in the northern hemisphere. Two towns in Siberia claim that honour, with temperatures dropping well below 60 in January. The coldest recorded has been minus 67. I got the idea of walking between the two towns, hauling sleds. When I mentioned it to Henk, he jumped on the idea.”

Henk has been living in Ireland for nearly two years and he and Anthony became friends after meeting through Toastmasters. He has already completed a number of epic journeys, including cycling to Istanbul, walking to Rome and paddling the entire Mississippi river. He is about to embark on a walk from Holland to Jerusalem, without money. “A bit of a mad man in some ways,” says Anthony.

The Siberian journey will see them battle against the elements, with the average temperature for the duration expected to be minus 45 degrees. “I’ve been out at minus 45 before. It’s cold but you can cope with it, if you have the right gear. Henk has never been in that sort of cold. He’s dipped a little below zero, but that’s it. The average temperature for the month of January is minus 45, but the coldest recorded temperature is minus 67. This past January, it was in the low minus-60s,” Anthony explains.

“We have been investigating gear, like good tents and sleeping bags, so it will be possible for us to not be uncomfortable. I won’t go so far as to say that we will be comfortable!” he laughs.

“Cold is the big danger, if you don’t have the right gear. If you were to walk out in street gear in minus 35, you’d be dead in an hour. I once made the mistake of going out in minus 25 in shorts and a t-shirt because I thought I’d only be five minutes, but hypothermia set in in that time and luckily I was found. But I’m not worried about the cold part. I reckon, if you have the right gear, you will stay warm. And if you stay warm, you won’t die.”

The distance between both towns is about 700km but, in order to complete the trek safely, they will have to follow a route that is double that length.

He reveals that the cold is not the only danger. “In 2013, one of the towns was besieged by a pack of 400 wolves, which is fairly extreme. We are hoping the wolves are well fed, as they don’t attack people, unless they are on their last legs.”

And what if they come across a hungry pack? How will they protect themselves? “Loud noises. But we’re hopeful we won’t face a real danger from them.”

Unsurprisingly, a journey such as this requires a lot of planning. Anthony has already spent 20 winters working in Lapland, with plans for him and Henk to return again this November and December.

Anthony will be doing a few weeks on the Camino in June; climbing the highest peaks in Ireland, England, Scotland, Wales and Northern Ireland over five days in September; then spending six weeks acclimatising in Lapland at the end of the year. They are also researching by speaking to experts in the field.

During the trek, they will be manhauling sleds of roughly 70 kilos each. The plan is to stick to a route that will bring them through reindeer trails, winter roads and along frozen rivers.

For Anthony, the biggest attraction of taking on the challenge is that it is a first. “No-one has ever done this journey on foot. We believe it will be the second coldest march ever, behind the six-week trip taken by Birdy Bowers, Bill Wilson and Apsley Cherry-Garrard in 1911 in the Antarctic, in search of penguin eggs.”

They are now looking for a sponsor to come on board with the endeavour.

“To get the proper gear, to ensure we do it safely, we need a sponsor. The sleeping bags are going to be roughly €1,000 each and down jackets and pants could be anywhere between €800 and €2,000. But we are hoping that the idea is eccentric enough that people will be interested in it.” And once all of the costs are covered, there are hopes to eventually get a charity on board. Anthony is also planning to write another book, based on the experience.

So, does he have any regrets about not heeding the warning on that email? It turns out, no. “I think it’s the sanest thing I’ve done in years.”

More details on the trek can be found by checking www.coldestjourney.info/

Anthony Galvin from Ennis is preparing for a trek in Siberia.
Previous Newmarket well prepared for Janesboro
Next The law of attraction 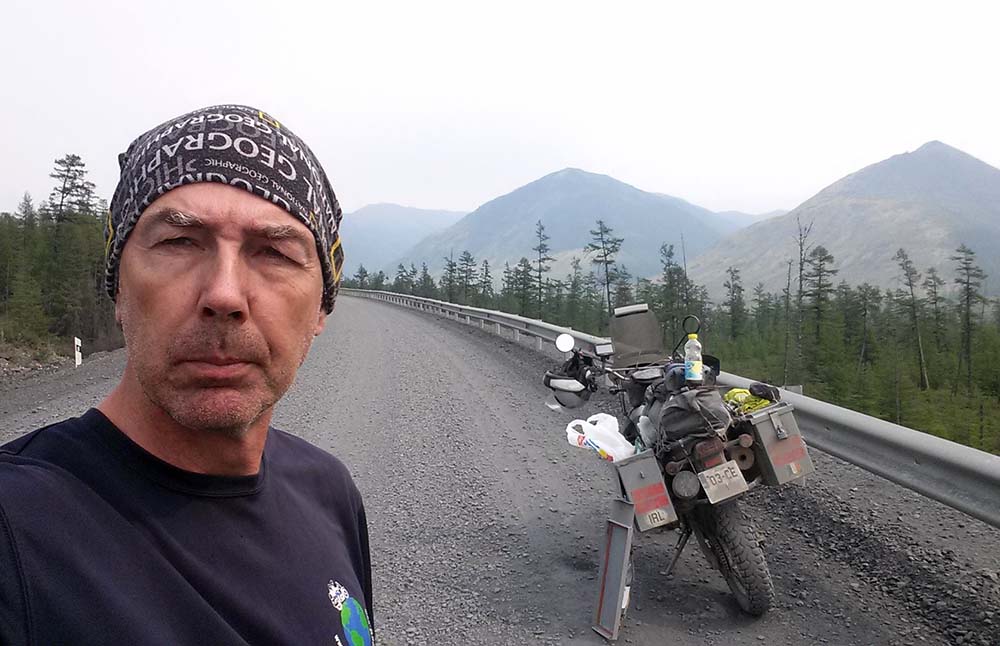 Lots of love from Santa