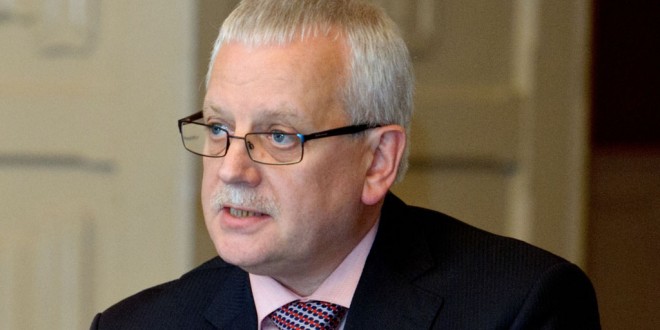 CHIEF Executive of Clare County Council Tom Coughlan is set to come under pressure for answers about the non-renewal of Neil Pakey’s contract at Shannon Group and the non-progression of the Lynx Cargo facility at the airport.

Mr Coughlan is a member of the board of Shannon Group and at next Monday’s meeting of Clare County Council, the six Shannon councillors will look for standing orders to be suspended for a discussion of the two issues.

Just before Christmas it was announced that Mr Pakey’s contract would not be extended beyond next June. Also, in a letter to Clare County Council last month, Shannon Group confirmed that the Lynx Cargo project, which it was once claimed could deliver a huge amount of local jobs, is not going to proceed.

On Wednesday, Independent Councillor PJ Ryan, who is chair of the Shannon Municipal District, said there is a need for information on why Mr Pakey is not being retained.

“What we want to do is find out why this is happening with this man who has a glowing record. We just want to find out what went wrong and why his contract is not being renewed.”

Councillor Ryan said Mr Coughlan may be able to provide answers. “He is our representative on the board and he might be able to throw some light on it. The public are asking a lot of questions about it, why this man is going who came in with a fantastic CV and seemed to be doing a fantastic job. How come he fell out of favour in the space of a couple of weeks? I think there’s a need to come out and clear up the cloud that’s hanging over the non-renewal of his contract. For the board’s sake and the airport’s sake, as well as everything else.”

He also said the timing of the announcement of Mr Pakey’s leaving was puzzling. “This is a man who seemed to be doing outstanding work for Shannon and then, all of a sudden, his contract isn’t renewed. How come that news broke a couple of days before Christmas? His contract isn’t up until next June, it would have been time enough to make that decision in April or May. Why is it with a full six months left on his contract?”

The non-development of the Lynx Cargo project is also a serious matter, he added. “With Lynx Cargo, we were told it was going to be a substitute for the removal of Aer Rianta International [which was ultra-lucrative and was controversially left with the Dublin Airport Authority after Shannon’s separation]. What’s going to compensate Shannon for the loss of ARI now?” he questioned.

Councillor Gerry Flynn said more information is needed on the departure of Mr Pakey and the fact the Lynx Cargo project will not progress. “We would be failing our constituents and the airport and local businesses if we didn’t raise these matters,” he commented.

The independent councillor, who this week announced he will not stand in the general election, said the leading Government party had made much of the potential of the proposed Lynx facility. “A lot of the soundings coming from Fine Gael were all about this Lynx Cargo and what it was going to do for Shannon and the region.”