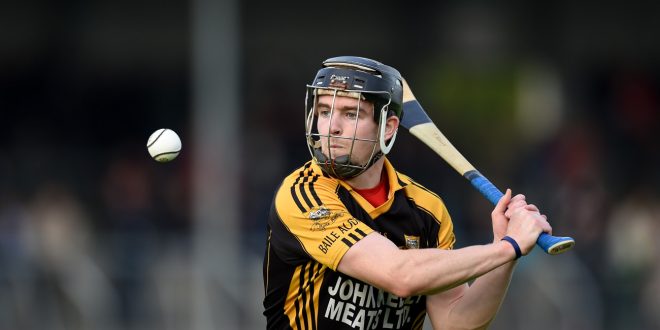 A contribution of 1-10 from Tony Kelly was one of many highlights as newly crowned Clare senior hurling champions Ballyea caused a major shock when knocking Thurles Sarsfields from Tipperary out of the Provincial title race at Cusack Park yesterday.

Seven days after their first ever Clare senior title win, Ballyea came from being seven points in arrears with eight minutes to go to force extra time in a tremendously exciting and hugely entertaining contest played before an official attendance of 2,413 in dry but cold conditions.

Ballyea had heroes throughout the field as they turned this game on its head in the final quarter which culminated with a Gary Brennan goal, worthy of any stage, which led to extra time

There were outstanding displays throughout the team for the winners with Jack Browne, Niall Deasy, Gearoid O’Connell, Paul Flanagan, Cathal Doohan and Pearce Lillis amongst those who made key contributions along with Kelly and Brennan as the Clare champions booked a Provincial final date where they will take on Glen Rovers from Cork on November 20.

“We got an unbelievable start with the two goals. A week was a short time to turn things around but the energy from the two goals kept things going. Halfway through the second half it was definitely going away from us but these lads showed unbelievable resilience and character all year and they showed it in abundance. Gary’s (Brennan) goal was an exceptional goal, to take it on from where he took it and hit it off his weaker side, unbelievable”, commented a delighted team coach, Fergal Hegarty.

The Clare champions got off to a dream start with goals from a Tony Kelly penalty and from Pearce Lillis in the fourth and sixth minutes respectively. They were forced into two changes in personnell in the opening ten minutes as they lost Martin O’Leary and Brian Carigg to injury but they led 2-2 to 0-3 as the end of the opening quarter approached..

The visitors had missed two great goalscoring opportunities when they got a fortunate break and Aidan McCormack’s delivery from outfield deceived the winner’s defence on the way to the net. It sparked off a great spell for the Tipperary men who followed with six unanswered points to lead 1-9 to 2-2 as the half time whistle appraoached. It was 1-11 to 2-4 at the break and Thurles took up where they had left off when the second half got underway and stretched their lead to seven points, 1-16 to 2-6 with ten minutes remaining.

Ballyea were not going to give up easily and with Tony Kelly causing all sorts of problems for the Tipperary side they cut the visitors lead to three points as the game went into ‘injury time’. Play was held up for over a minute as Lar Corbett received attention and it resumed with a line ball for Ballyea some 30m from their own goal, Jack Browne found Gary Brennan who was 60m from goal and the Clare football captain turned and showed a clear pair of heels to the visitors before blasting to the roof of the net to level the game and send the match to extra time (3-12 to 1-18).

Two Tony Kelly points against one from Aidan McCormack had the Clare champions a point in front when Damian Burke took a pass from Gary Brennan and blasted to the net as Ballyea led 4-15 to 1-20 at half time in extra time.

In the second priod Thurles pushed their captain Padraic Maher to the attack and this paid off when he levelled the tie with a powerful goal with five minutes remaining. Points were exchanged and a replay looked likely as the sides were level with three minutes to go before a brace from Niall Deasy sealed a memorable win for Ballyea

For extra time Lillis, Lanigan and Corbett all started in place of Dunne, Moloney and J. Maher.;