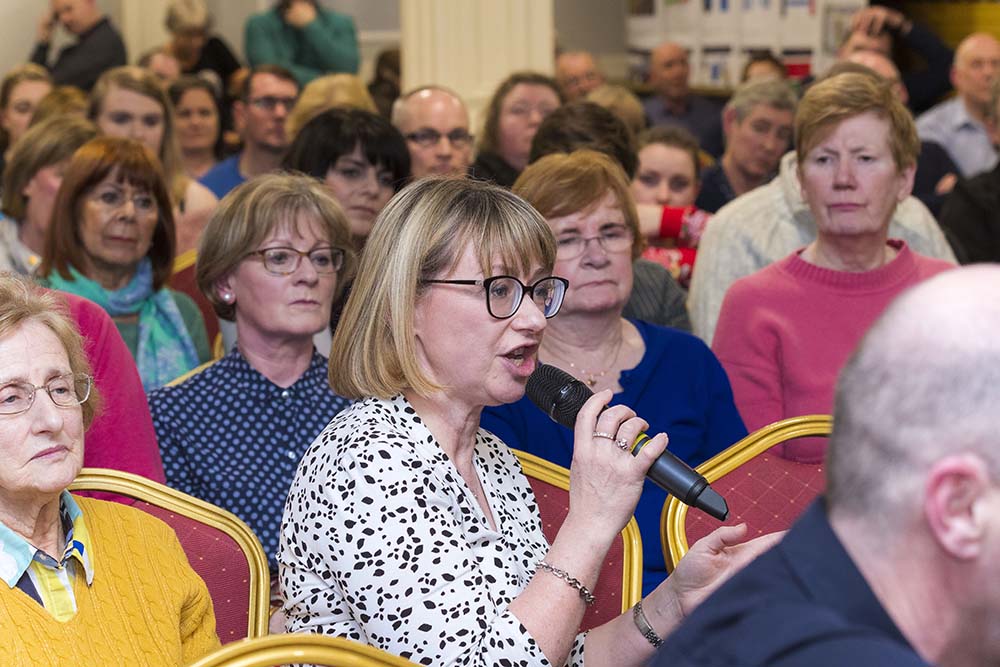 AROUND 150 people came to the Oakwood Hotel on Wednesday night for a public meeting on the Shannon Venue, the planned multipurpose Community, Civic & Creative Centre for the town.

The meeting was chaired by RTE presenter Rachael English, while it was attended by several local county councillors. There was some annoyance among the crowd that none of Clare’s four TDs were in attendance.

Those present heard from Kevin Thompstone and Derek Barrett, who, in a voluntary capacity, have put a significant amount of work into trying to deliver the facility over several years.

Both men spoke about the difficulties involved in securing funding over a long spell, and it was said that promises were once made that a sum of €5 million would be delivered through the 2017 and 2018 budgets. This commitment never came to anything, with the money not allocated subsequently.

Several times throughout the night there were expressions of frustration at the lack of investment in the town of Shannon over recent years. The heavy spending by Clare County Council on a building in the Market in Ennis, which was supposed to be used by traders but has instead become a car park, was highlighted as a waste of money, when such public funds could have been used to much greater effect in Shannon.

At the end of the meeting some of the attendance put their names forward to serve on a working group, but it is still relatively unclear if the project now has any future. However, it was very clear on the night that many local people feel Shannon is being marginalised and neglected, receiving an inadequate level of public facilities.