Home » News » Aidan hoping to cut through the opposition 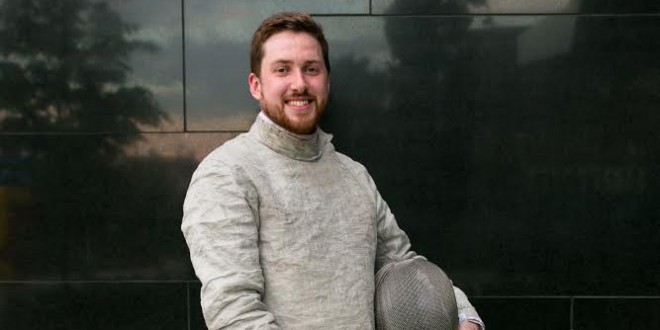 Aidan hoping to cut through the opposition

CONNOLLY native Aidan Clarke departs for Russia as only the third Irishman to ever compete in the men’s sabre competition in the World Fencing Championships.

The event will take place from Monday next to Sunday, July 19, in the famous Olympic Stadium in Moscow.

Twenty-six-year-old Aidan will compete on Monday and Tuesday in what is the largest indoor arena in Europe, seating an impressive 35,000, or more than twice the seating capacity of Thomond Park.

The world championship titles will be decided between 912 men and women fencers from 108 countries and also at stake is qualification for the Rio Olympics next year.

Aidan is a member of the Irish team consisting of four other athletes. Two of these are also taking part in the men’s sabre section of the competition. The sabre has a total length of 105cm, its blade is 88cm long and a hit can be made with the cutting edge, as well as the point.

Qualification for the world championship finals comes at the end of a long season for Aidan, after competing in nearly 20 different world cup events in cities across three continents.

“It has been a long and expensive season but I’m considering it a success, as I’ve qualified for the world championships for the first time ever,” Aidan said.

“Fencing is a small sport in Ireland but even fewer Irish fencers have ever had the honour of competing at a competition of this importance. As far as I know, I’m only the third person to compete in my discipline at a world championships,” he added.

Aidan was educated at Connolly National School and Kilmihil Community College before studying IT in Dublin, where he took up fencing about 10 years ago.

“There were a lot of clubs when I started college and I was attracted to fencing. I’ve always been athletic and with my long legs and arm, it gives me a bit of a natural advantage when it comes to fencing,” he said.

Fortunately, his job as an IT project manager and a very understanding employer, has allowed him to fund and make the time for his many trips abroad since the world cup circuit season began last October. “There are very few full-time professional athletes in Ireland so you need to have a good job behind you to support yourself and, fortunately, my employers are very supportive as well,” Aidan said.

“While I’m based in Dublin none of this would have been possible without my family at home in Clare, my brother, Adam and sisters, Gemma and Amy and, in particular, my parents, Gerard and Marie and my grandparents, Jerry and Gemma Lernihan in Kilimihil,” he acknowledged.

“Their support has been priceless, in something that is the best part of a decade in the making,” Aidan said.

Having qualified for the world championships next week, Aidan will face the world’s top fencers, many of who are full-time professionals, who began their training at six or seven years of age, a decade before he took the sport up.

“All that I want from fencing is to be able to go away and to compete on the world cup circuit, to give my all and to be able to say I’ve no regrets. I’ll keep pushing myself and working towards the European Games and looking forward to Tokyo 2020, so that I know when I look back on my career, I’ll be able to say, ‘well I gave it my all and did the best that I could’,” he said.

“Moscow will be a very big milestone for me and I’m very excited to be able to walk out behind the Irish flag in front of what promises to be a large crowd. I’ve competed against many of the other fencers on the world cup circuit but the opening ceremony around the world championship is what’s getting me really excited. That’s something I’ve dreamt of for a long time,” he added.