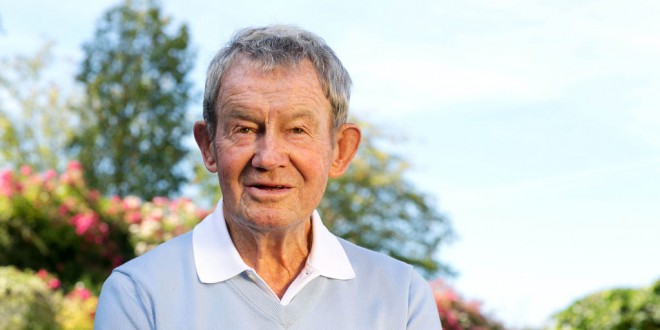 “THE greatest con job of all time” is how Liam Skelly describes the decision to leave Aer Rianta International (ARI) with the Dublin Airport Authority (DAA) as part of the process that preceded Shannon becoming an independent airport.

A Tipperary man domiciled in Scariff, the former airport director says Shannon, and indeed Cork, were plundered with hundreds of millions going unfairly to the capital, even leaving aside what happened with ARI.

“According to EU and Irish accounting law if you want to separate a bit of your business from the main business, the main business must have indistribuble assets, which is money, of what has been taken away. The Minister said we’re taking Shannon away first, the asset value of Shannon is 70 million so Aer Rianta must be left with 70 million in cash. How do you get that? You sell assets, other assets. As regards Cork, because there was a new terminal, they said Cork’s asset value was around 150 million, between 130 and 150 million. The assets Aer Rianta had were the Great Southern Hotels and investments in airports in Europe.”

In the summer of 2006 the Great Southern Hotels were sold for €265 million, but still there were no moves for separation of either airport. “The minute they were sold they (the DAA) got more than would free up Cork and Shannon, they needed €220 million, they got €265 million, they said nothing about it and they kept the money. The following year they sold their shares in Birmingham and they got €300 million. Now they had over €560 million.”

When Shannon finally did split from the DAA, Aer Rianta International (ARI), which he was instrumental in founding, and which was always based in Shannon, somehow remained with the DAA.

ARI generatated profits of €47.5 million in 2013 and 2014 and he is very strongly of the view that it should have remained with the Clare airport.

He can point to a Dáil debate when separation was before the Oireachtas in which then Transport Minister Seamus Brennan gave assurances that it would remain in Shannon. “Shannon Airport built ARI. I said on many occasions it is my wish that, consistent with company law, trying to deal with dividend issues and the restrictions involve, ARI is a Shannon product and should remain as such,” the Oireachtas records quote Brennan as saying.

However, despite it being founded and run from Shannon since its foundation, the ultra lucrative ARI ultimately was handed the DAA.
In his own career, Skelly took the top job in Shannon at a difficult time, but within a few years it was profitable again.

“The year Jack Ryan retired we lost a quarter of a million. I became director of Shannon in 1979 and we lost a million and a half. We lost another three quarters of a million my second year, so we had lost £2.5 million, but we had 900 people working in our operation and we reduced it to 700. By 1985 we were back with a profit of about £2.5 million and we got £4 million by 1988 and 1989. In 1988 we started the refuelling for Aeroflot and Michael Guerin and Charlie McCarthy had gone to Russia to reach agreement on that. They came home and there was a guarantee of 300 flights, but we got much more.”

Passenger numbers were also on the way up as the 1990s began. “In 1990 we had 1.6 million passengers. When we were making money in the early days we had less than a million.”

Being at the helm at Shannon was a great time for him. “I had a great crowd of people with me and I loved it. We were a happy bunch. We’d have arguments but we solved them, we hadn’t many strikes or anything.

“I’d say I got a few grey hairs early on and then I started to get through it. We got business by hook and by crook.”

The Russian connections led to the formation of ARI, in the late 80s. “In 88 Boris Krivchenko came to us about setting up Duty Free in Moscow. They didn’t know very much about it but we knew we were going to make a load of money for them and do a good deal for ourselves. They had no idea what duty free shopping was about. We had made 100 million by the year 2004, which was all whipped from us. That was the greatest con job of all time.”

While Shannon may have been financially pillaged, he feels the new management team have done a good job in the circumstances. “Yeah, I do, when you see the hand they got with no ARI, which they should have. Then you hear someone like John O’Mahony (Mayo TD and Chairman of the Joint Oireachtas on Transport and Communications) saying other airports are complaining that ye’re being subsidised. What’s happened is Shannon has subsidised Dublin.”