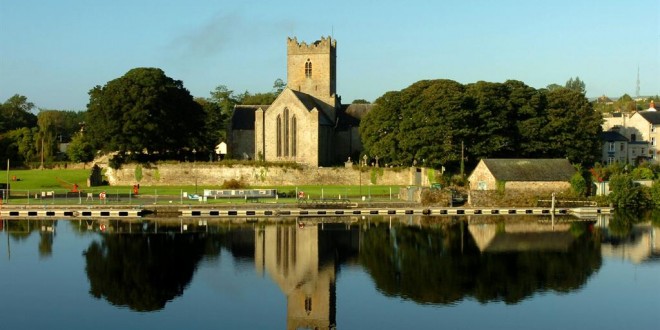 St Flannan's Cathedral, Killaloe where the late Dora Benson attended services on a regular basis before she died recently.

THE time-line for awarding the contract to build the new multimillion Euro Killaloe Bridge and Bypass has slipped slightly from its original target, The Champion has learned, with the likelihood that the three-part project may not now be completed until 2024.

Works to progress the project, which also includes improvements to the R494, have continued despite Covid-19 restrictions, with the Project Steering Group, lead by Clare County Council, meeting remotely in April and May.

In response to a query from The Champion, the local authority has outlined a time-frame indicating it expects the contract for the main works to be awarded at the end of March next year, with construction taking a further three years to complete. The most recent update available previously was as briefing to members of the Killaloe Municipal District which indicated that contracts would be awarded before the end of 2020, with a target completion date of late 2022.

“The Project Team … are close to finalising the Detailed Design,” a council response to The Champion stated. “When fully complete, it will be reviewed by the Project Team and the Department and incorporated into the suite of tender documentation being prepared with the intention of advertising it in September. There will be a 3-month tender period to the end of December 2020, following which the received tenders will be reviewed, clarified where necessary, assessed and the preferred tenderer recommended. Subject to Departmental approval, it is expected that we would be in a position to award the main contract around the end of March 2021. The main contract construction period is expected to take three years thereafter.”

Meanwhile, Deputy Alan Kelly said he has received an assurance from the Department that the project will be unaffected by the change in government. “Officials have confirmed to me that the project will not be impacted in any way by any changes in Government and that they are committed to its construction in as timely a fashion as possible,” he said. The Labour TD also welcomed progress with advance works, some of which are to begin in July, with archaeological, site-clearing and fencing work expected to begin in September.

The monthly Management Reports of the council noted that work is continuing on finalising landowner agreements, where possible, by letter or phone, in line with official return-to-work protocols. In November of last year, the council said that over 100 landowners had opted for arbitration in the land acquisition process.

The project secured planning approval from An Bord Pleanála in 2013 and was the subject of an unsuccessful three-year legal challenge on environmental grounds. When complete, the new bridge, which will cross the Shannon around 1km south of the existing single-lane bridge, is expected to significantly improve traffic congestion in the twin towns. The bridge will also connect the new bypass to a realigned stretch of the R494.

Fiona McGarry joined The Clare Champion as a reporter after a four-year stint as producer of Morning Focus on Clare FM. Prior to that she worked for various radio, print and online titles, including Newstalk, Maximum Media and The Tuam Herald. Fiona’s media career began in her native Mayo when she joined Midwest Radio. She is the maker of a number of radio documentaries, funded by the Broadcasting Authority of Ireland (BAI). She has also availed of the Simon Cumbers Media Fund to report on development issues supported by Irish Aid in Haiti. She won a Justice Media Award for a short radio series on the work of Bedford Row Project, which supports prisoners and families in the Mid-West. Fiona also teaches on the Journalism programmes at NUI Galway. If you have a story and would like to get in touch with Fiona you can email her at fmcgarry@clarechampion.ie or telephone 065 6864146.
Previous Further Delay With Flood Defences for Springfield, Clonlara
Next Young Killaloe fisherman lands first big catch