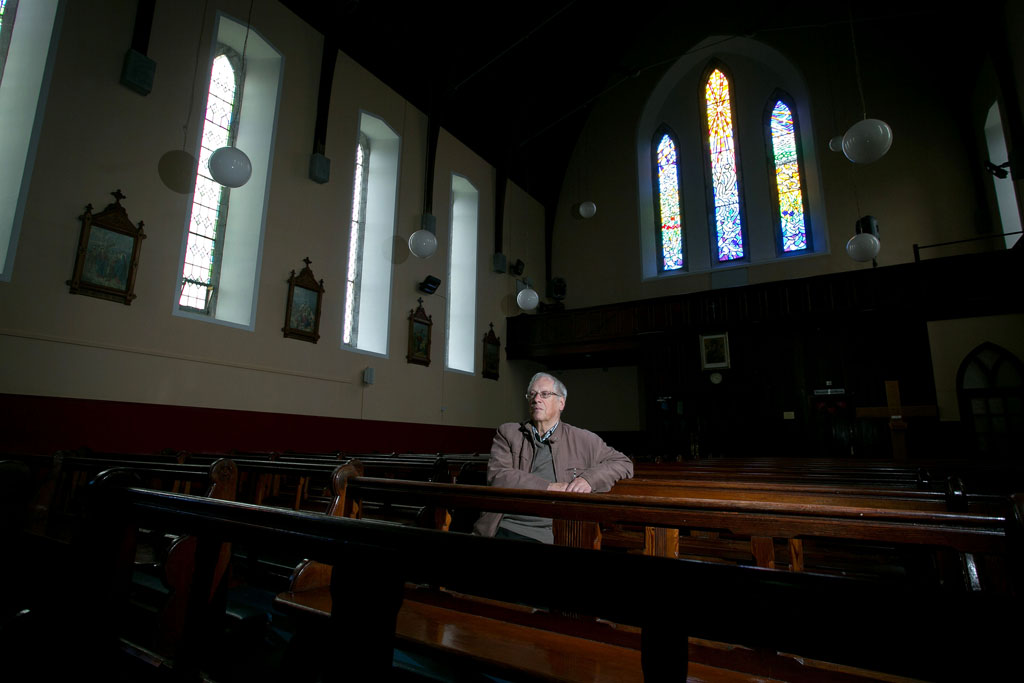 ST JOHN’S Church, Ballyvaughan was given a facelift this year when, thanks to the generosity of an anonymous donor, funds became available to install new stained-glass windows.

Dublin-born artist Manus Walsh, who has been living in Ballyvaughan for more than 40 years, was approached by local parish priest Fr Richard Flanagan, with a view to designing the new stained-glass windows. He said in his long career as an artist, these windows are one of the best things he has ever done.

He outlines how it came about.

“The older stained-glass windows were in complete disrepair. They put in PVC plain glass, which was totally out of place. Then Fr Richard Flanagan, our parish priest, got an offer from an anonymous donor, who offered to put in stained-glass windows and with my history of stained glass and art and so on, I was commissioned to do the design,” Manus explained.

The design process began as early as last summer and the windows were in just in time for Christmas Day.

Manus said he was given a very broad theme for the design after Fr Richard liked the idea of reflecting on Pope Francis’ encyclical, Laudato Si, which is on care for the common home and looks at the care people have for the environment.

“I incorporated portions of Genesis, the creation and the environment of the Burren. So it was quite complicated but it was a very broad theme. There are three big windows at the back of the church and there’s quite a gap between each one, so it was essential to get them unified with the theme, so that environmental theme runs throughout the whole lot,” he said.

Such is the colour and scale of the windows that Manus said he was a bit afraid that there wouldn’t be enough light getting into the church during the later parts of the day but that has not been the case.

“They’re facing west, so I thought there wouldn’t be enough light when it was dull but even on the dullest, dreariest day – and you get quite a few of those up here, especially in the winter – they seem to capture all the light and are really worth seeing,” he said.

A lot of craftwork went into the windows and Aria Glass in Cortoon, Galway helped to bring Manus’s vision to life.

“They put the whole thing together. I do the design. I give them a colour sketch and I go over every week project managing. They have a young artist from Serbia, Marija Kovak, who did the painting and leading it up. It has to be painted and fired. They are one of the very best works that I have ever done and I was greatly honoured to do the designs for them. It’s quite spectacular, so I’m very happy with it,” he said.

Manus also designed the Michael Green memorial window (Michael and Mary founded the Burren College of Art) and has five windows in Galway Cathedral, dating from the 1960s.

Harking back to that time in the 1960s, when he was in the Abbey Stained Glass Studios in Dublin, he said at that time he was doing all kinds of designs and work.

“Some were abstract and some not. In those days, they wanted fairly realistic work and it would be more traditional, so whatever came up, we dealt with it. It’s seldom that you get total freedom as this one was,” he said.

He concluded that the window, “even though I say so myself, is well worth seeing and adds a great deal of life and colour to the church”.