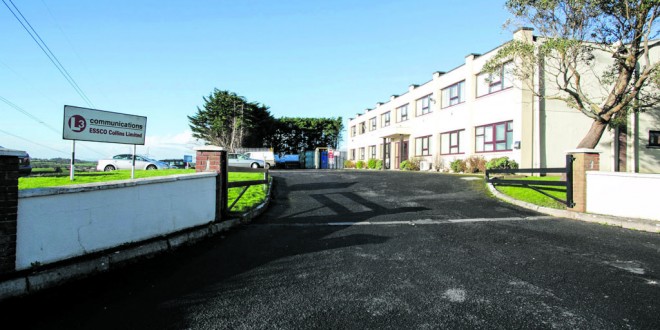 Action sought as ESSCO winds down

GOVERNMENT and development agencies have been urged to assist East Clare workers who will be laid off when a local company winds down its operation.

The worst fears about the future of L3 Communications ESSCO Collins Limited, Enagh, Kilkishen, were realised last week when employees were informed the plant will close by June, with the loss of an estimated 30 full-time and part-time jobs.

Speculation about the future of the plant, which manufactures radar systems and equipment, intensified in the run up to Christmas and workers were hit with the devastating news about its closure on Thursday last.

It is understood that chief executives from the head office in the United States will visit the plant next Monday to continue negotiations with employees.

Describing the closure as a “huge blow”, Councillor Alan O’Callaghan has called on State agencies involved in job creation, especially Enterprise Ireland, to assist the company to try and sell the business as a going concern, or to secure an alternative business for the plant.

Efforts by The Clare Champion to discuss the winding down of the operation with local management proved unsuccessful. However, a company spokesman confirmed about 30 full-time and part-time jobs would be lost once the plant is closed.

Asked about the reason for the closure, the spokesman pointed out L-3 ESSCO Collins has excess resources and capacity for the worldwide demand for its radome products.

The spokesman confirmed the business is not being sold as a going concern and the firm is not trying to sell the premises to another investor or business.

Asked how many weeks redundancy would be offered to the employees, the spokesman outlined that the company is currently discussing redundancy and transitional assistance with employee representatives.

“At this point, we are not able to comment during these active negotiations,” he said.
Councillor O’Callaghan said the closure is a devastating blow to employees, some of whom had service extended over four decades.

Describing ESSCO Collins as a great local employer, he pointed out it generated a major spin-off for the East Clare economy.

“It is one of the biggest employers locally and provided wages to local families for about 45 years. It would be great if a new investor could come in with the assistance of State agencies and take over the plant to provide employment to those who will be losing their jobs.

“There was a time when people had a job for life. Those days are now long gone and no one knows what is coming around the corner.

“State agencies need to act fast to get another alternative business up and running in the plant to save as many jobs as possible,” he said. 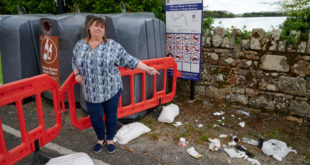