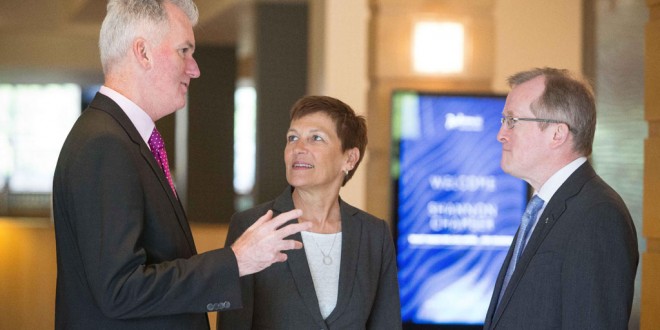 The lunch, sponsored by American Airlines, was held in the Radisson Blu Hotel, Limerick and attended by representatives from the business, tourism and hospitality sectors.

Chamber president Kevin Thompstone said in his introductory remarks that access and connectivity is the key to increasing visitor numbers to the West of Ireland.

“With just over 5% of international traffic to Ireland, Shannon delivers 15% of the West’s, 37% of Shannon’s and 12% of the South-West’s overseas holidaymaker bed nights. This demonstrates the link between access to Shannon and tourism activity in Shannon and the surrounding regions. The West has the product and the amenities and is proactively creating awareness, through Tourism Ireland, in international markets; what we need now is more access which airlines like American Airlines, Aer Lingus and potentially IAG with its global reach, can provide.”

Commenting on tourism growth rates, Niall Gibbons, CEO of Tourism Ireland, said tourism is one of Ireland’s largest indigenous industries, contributing more than €5.5 billion a year to the economy and sustaining over 200,000 jobs.

“Tourism Ireland is undertaking an extensive programme of promotions around the world this year, to build on the success of 2014 and continue to grow overseas visitor numbers to Limerick and the Mid-West. We are working closely with our tourism partners in the Mid-West – and particularly with Shannon Airport, to promote and drive demand for vital air routes. Priority markets are Great Britain, the United States, Germany and France, but our promotions are also continuing in 18 other markets across the world – including Northern Europe, Southern Europe, Australia and New Zealand, as well as new and emerging markets like China and India.”

Making a return visit to Shannon to specifically address this business lunch, American Airlines’ Suzanne Boda observed that of the many different tourist boards from around the world competing for US travellers, Ireland gets percentage-wise, more tourists than most countries, and that’s down to the brand positioning by Tourism Ireland.

“At American Airlines we’re committed to Ireland with five daily services in the summer.  That’s over 1,000 seats each day into Ireland in the summer peak schedule, almost 600,000 passengers per annum and we are dedicated to bringing these valuable tourists to Ireland for many years to come.

“I cannot overstate the importance of how good the food is here, and equally or more important, the genuine hospitality offered wherever one goes in Ireland. What I would say to anyone involved in Irish tourism is to concentrate on the quality experience – golf, surfing, food, visitor centres and hotels.

“The elimination of the air travel tax just over a year ago is a big plus. When you consider the cost of flying from the UK to the US, Ireland has gotten it right and is sensibly protecting tourism,” Ms Boda added. 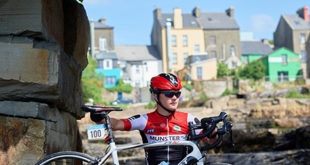